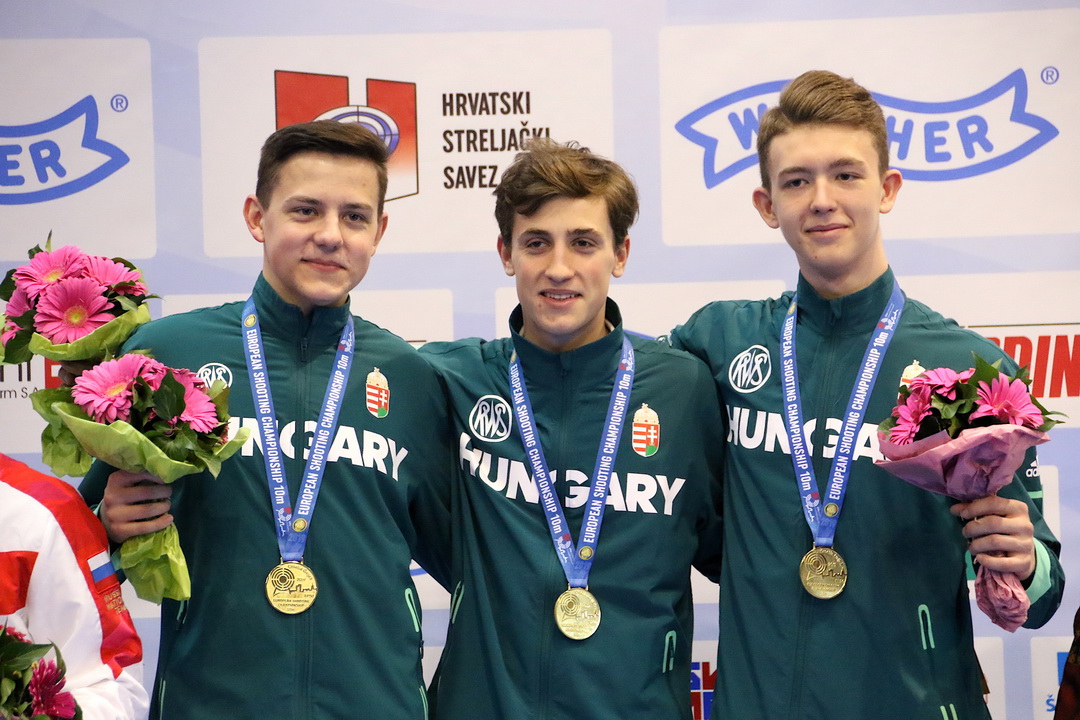 The bronze match was tight and the situation was equal 14-14 before the last shot. German team shot 30.7 instead of Czech 30.1. Bronze medal travelled to Germany.

The Gold match was tight only in the beginning, six first shots. Then Hungary lost only two shots and won Russian team finally clearly 17-7.

"We are training about 12 hours shooting a week plus physical and other trainings. We use also Scatt training system and now we have the new shooting uniforms, perhaps that is the main reason", the team members were laughed.