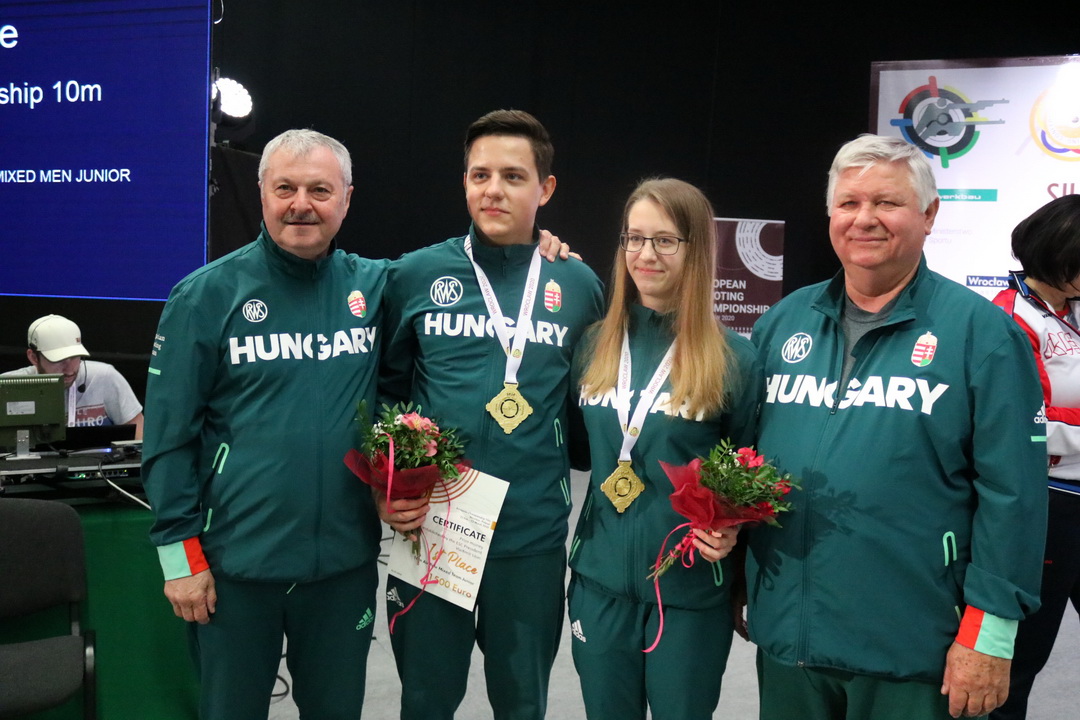 Hungarian Juniors kept their focus better in the end of the Gold Match and won the European Championship gold after a very exciting final.

The next pair of shots was the match shot and Hungarian Eszter Meszaros and Zalan Pekler handled it better, both athletes shot 10.5 (21.0) and when Russian athletes made 20.4 the European Championship travelled to Hungary. Russian Federation 1 (Tatiana Kharkova- Grigorii Shamakov) won silver. Russians showed their strength also in the Bronze match, when the Russian Federation Team 2 won Italian team by 16-12.