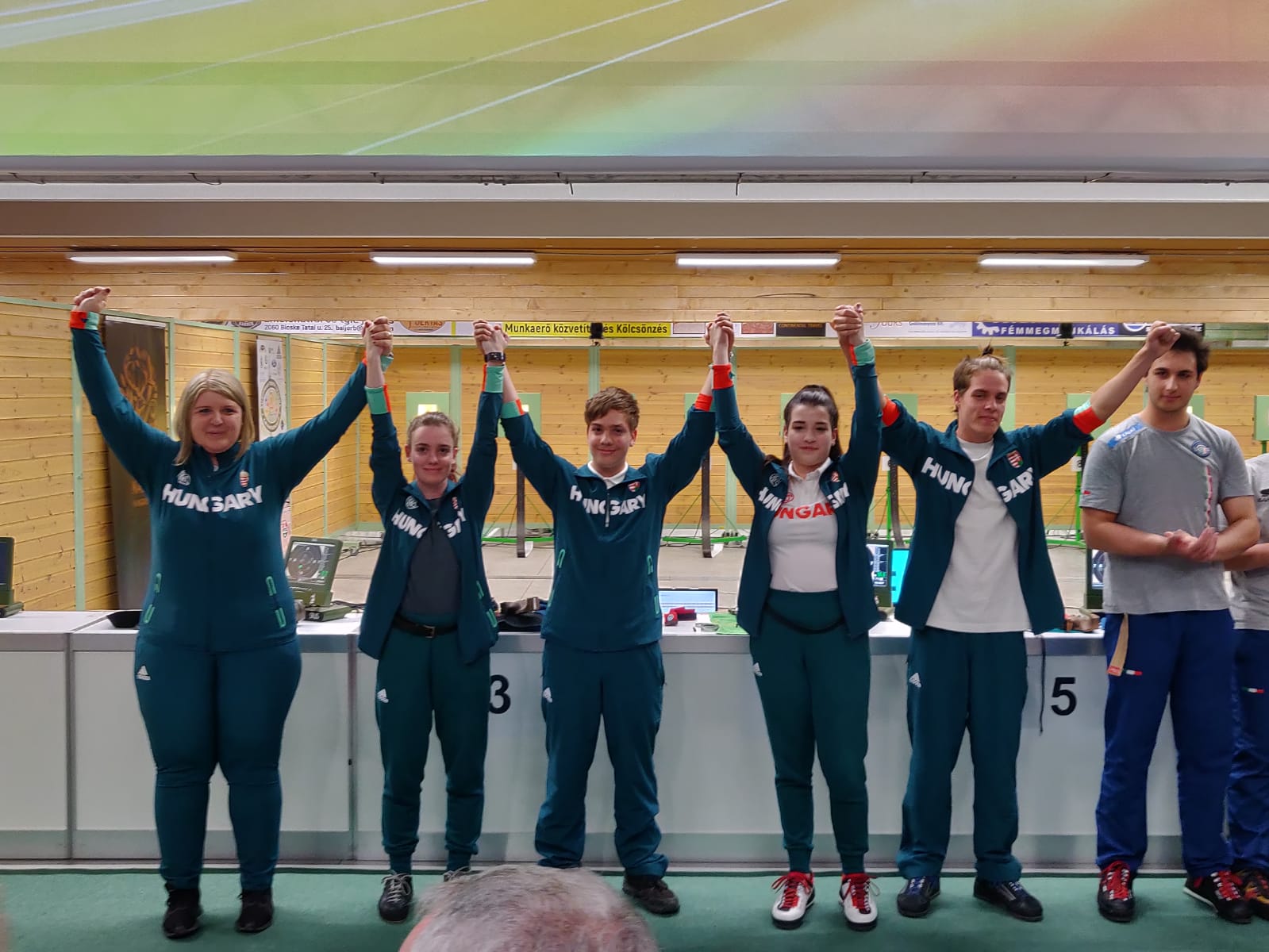 The European Youth League Championship was organized now first time and hosting country showed that the Legacy of the former Champions is living strongly. Hungarian Youth Pistol team was even superior and they won Italy with 20 points 82-62. In the bronze match Poland won Russian Federation with scores 83-77.

In the Air Rifle the Gold Match was much more exciting while the both teams were leading time to time and it has to wait to the last shot who is the new Champion. Hungary won the Championship after the last shot by 81-79.

There 16 best teams from 12 country who were qualified to Budapest from the Regional Qualifications. The total number of the team athletes was 76.