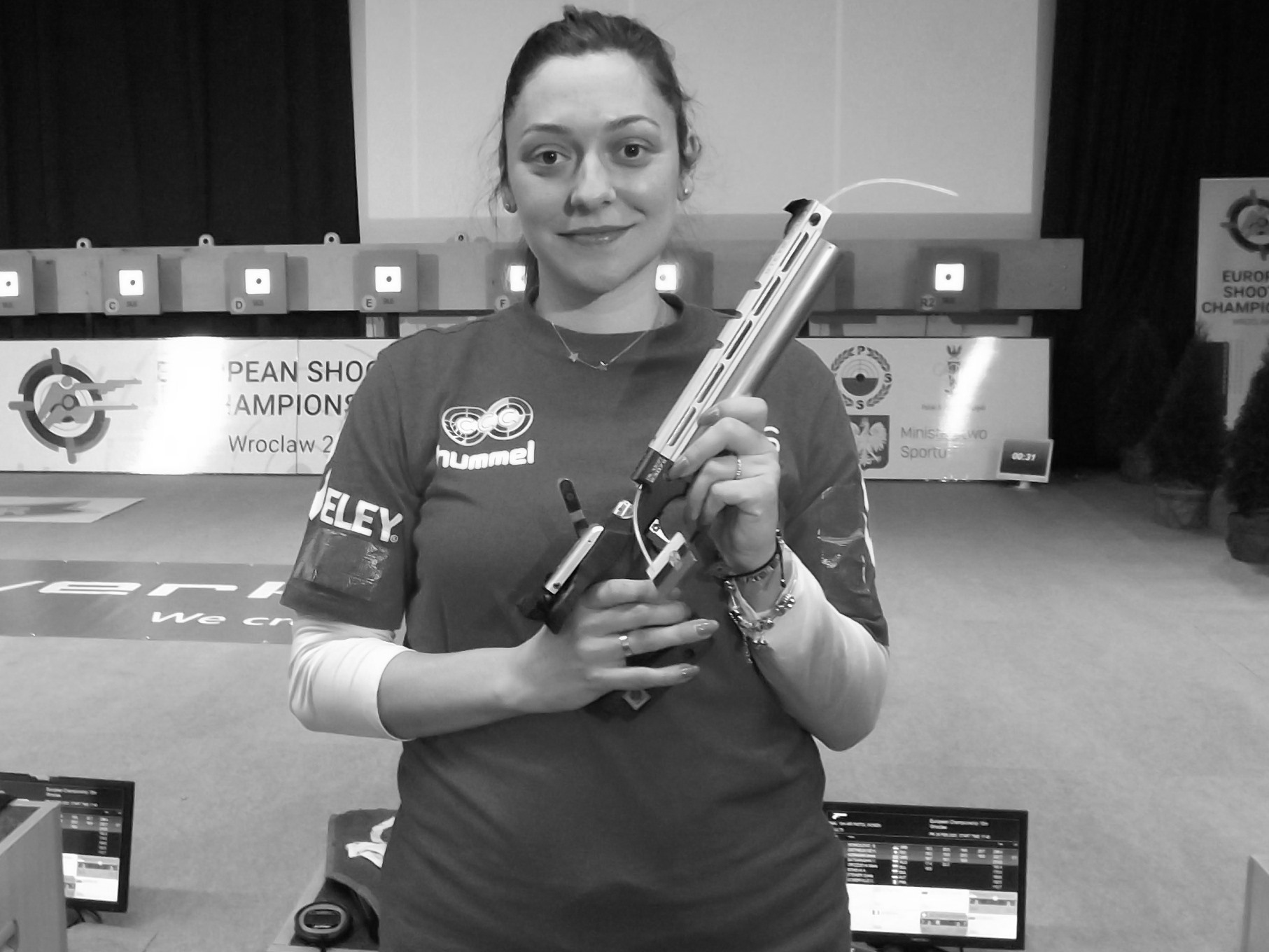 It is with deepest sadness we learned that Bobana Momčilović Veličković, multiple European champion in shooting sport, passed away after a short and severe illness in Belgrade at the age of 31.

Bobana Momčilović Veličković was born in Bor on January 25, 1990. She started practicing shooting at the age of nine in her hometown.

She was one of the best pistol shooters in the world in the 21st century. At almost every European Championship, she fought for a medal. Since 2010 and her debut in senior competition from eleven participation she qualified in the finals eight times. Beside three gold medals, she also won one bronze medal in Gyor in 2018.

She participated in the Olympic Games twice, in London in 2012 and in Rio de Janeiro in 2016, where she won 7th place.

She was also a gold and silver medal winner in the World Cup competition.

In the last ten years, the Serbian women Air Pistol team has won many medals with Bobana as a standard team member. They were European champions five times (2010, 2011, 2013, 2017, and 2020) and one time World champions (2014). In addition, Bobana, as a member of the Serbian team, won one silver and one bronze medal at the European championships.

In her last competition for the Serbian national team, at the European championship in the 10m Air Pistol event in Wroclaw 2020, she was dominant in the individual competition. She made a great contribution to winning the team title, and with these two gold medals, she became one of the most successful participants in the competition.

Although she left us too early, Bobana Momčilović Veličković made an indelible mark in the history of the Serbian and the European shooting sport.

Our most sincere condolences to Bobana’s family and the shooting sport community of Serbia.