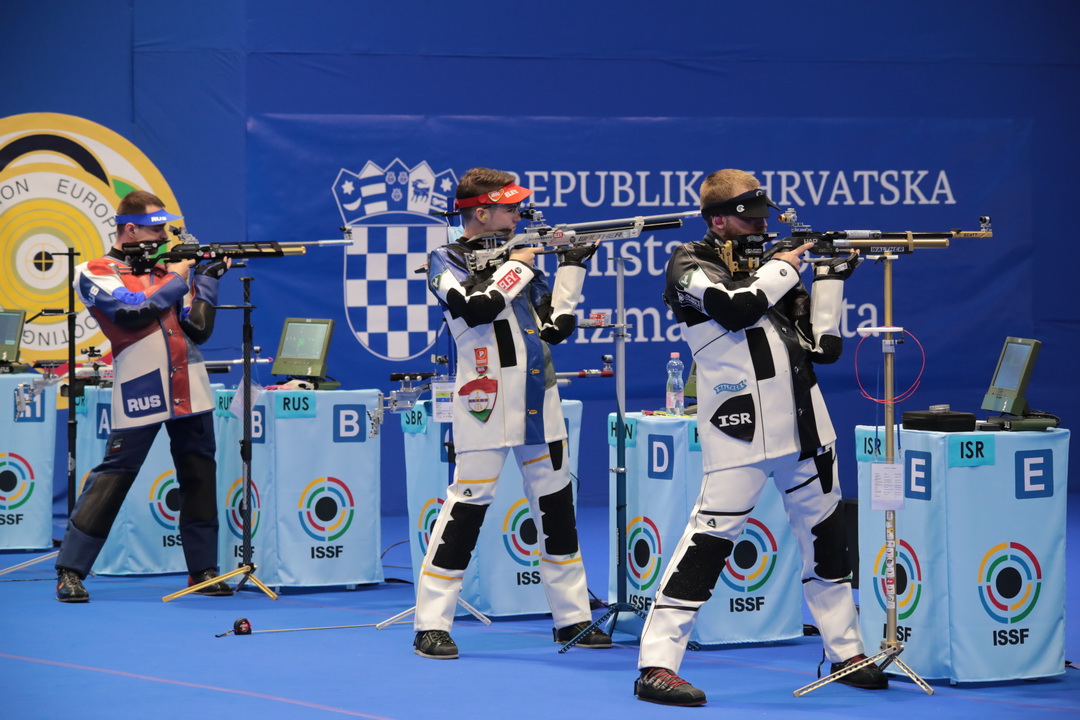 The Women and Men Rifle athletes started on Monday their journey in Osijek.

The first Qualification was the 10m Air Rifle Men. Russian Vladimir Maslennikov was the best of Qualification with good result 630.4. Israeli Sergey Richter and Hungarian Istvan Peni were the second and third. French Brian Baudouin was fourth. The following next four were Serbian Milenko Sebic, Henrik Larsen (NOR), Miran Maricic (CRO) and David Hrckulak (CZE).

There were still two quota places for competing. Now we had three athletes who had the possibility to have it at the evening's final. They were French Brian Baudouin, Serbian Milenko Sebic and Czech David Hrckulak.

The Men's Final looked to go to Richter, who was leading already with 2.1 points Peni before two last shots, but then happened something, which is near by a miracle. Peni catch the lead and both athletes shot finally result 251.3. Tie – and new European records for both. In the shoot off Richter shot 10.3, but Peni even 10.7 and he won the European Championship.

- I knew that I'm in the good shape and I can shoot well. Then I decided to show for myself that I can do it. And I did! I'm very happy after what has happened during couple of weeks. I want to forget that all and go further and this will help me a lot, told ever so happy Istvan Peni after the awarding ceremony.

- For me this time has been really very hard due to the Covid virus. I understood that this is my last possibility to win quota place during competitions. Thanks to the ISSF and ESC that they give us this possibility to fight for these quota places, thanked Serbian Milenko Sebic who was fifth. The second quota travelled with David Hrckulak to Czech Republik.

At the Air Rifle Team Competition the situation is such that Russian Federation (1884.6) is leading before Serbian team (1881.6). On the third place is Norway (1880.3). Eight teams from stage one will continue to the second stage. The following teams received the place to Second Stage: