It was Swiss Day in Lapua European Cup 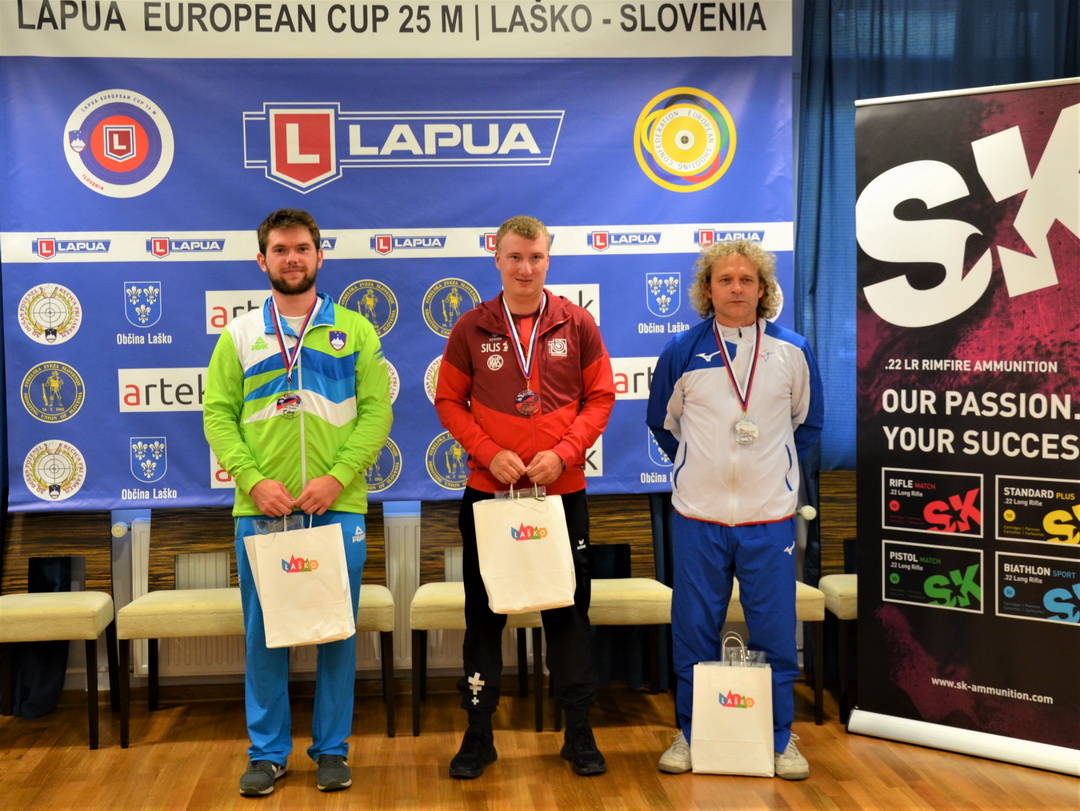 Today, on Saturday, it was turn of 300m Rifle 3 Positions 3 x 40 Women competition in Aarhus. Swiss Silvia Guignard ruled the competition and won Gold with result 1177. The victory did not come easily, while Swedish Elin Ahlin was leading after Kneeling and Prone positions. But then Guignard showed her strength in Standing position and passed Ahlin by shooting the 390-result. Ahlin’s standing was 382 and she won the Silver with 1171 result. The Bronze medal winner was Karolina Kowalczyk from Poland with result 1166.

Schaub won Gold with the difference of two points before Joze Ceper (581 – 289+292) from hosting country Slovenia. Schaub won the Gold by excellent shooting in rapid stage (295). After Precision stage Schaub was on the 7th place. Schaub passed all six other athletes and won Gold. French Alban Pierson shot steadily and won Bronze with result 580 (290+290).