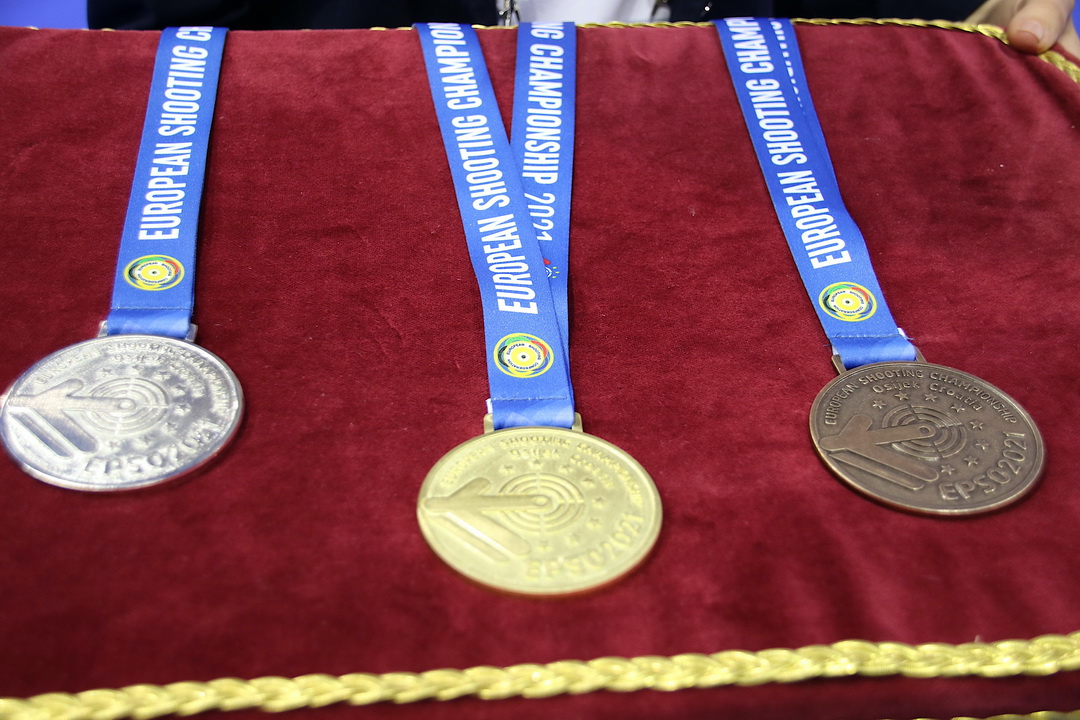 In the first Final Polish Julia Ewa Piotrowska won Gold after calm shooting before Hungarian Eszter Meszaros in the Air Rifle Women Junior. Russian Alina Khizbullina won Bronze. This Gold of Piotrowska was the only one, which went outside Italy. Italian athletes won the last three finals.

In Air Rifle Men Junior after very exciting moment Italian Danilo Dennis Sollazzo won Gold with result 249.3 before Serbian Marko Ivanovic (248.6). These two athletes were both leading the Final but the two last hits solved the Gold to Sollazzo. He made 10.8 and 10.5 instead of Ivanovic´s 10.2 and 9.4. Bronze travelled to Spain with Jesus Oviedo.

The second Italian Gold medal game from Air Pistol Men Junior. Federico Maldini was as superior as his team mate Veccaro in Women Junior Final. Maldini ruled his competition and won the Gold with the difference of 2.3 points. The difference was much bigger but during the last shots he started someway to follow the TV camera which was on the side wall and he reacted to the red light. That light means that the camera is “filming”.

- Shooting is so hard and exciting sport that you have to concentrate all the time and you have to keep the focus in shooting. Not anywhere else. I was little nervous in that case and that is why my focus disappeared little and Belarusian Kazak made the difference smaller. Anyway it´s absolutely fine that shooting sport is in TV!, explained the Gold medalist Maldini.

The last Italian Gold medal came from Air Pistol Women Junior. Italian Margherita Veccaro was superior in the Air Pistol Women Junior Final. She won with difference of 4.0 points Gold before Belarusian Vasilisa Naumava. Russian Anna Asomchik won Bronze. Fourth was Ukrainian Vilena Bevz. The biggest surprise was 17 years old Ella Hakala (FIN), who came 5th in this Air Pistol Women Junior final. This final was her first ever international competition and final. We are only waiting her splendid carrier continuing in the future!