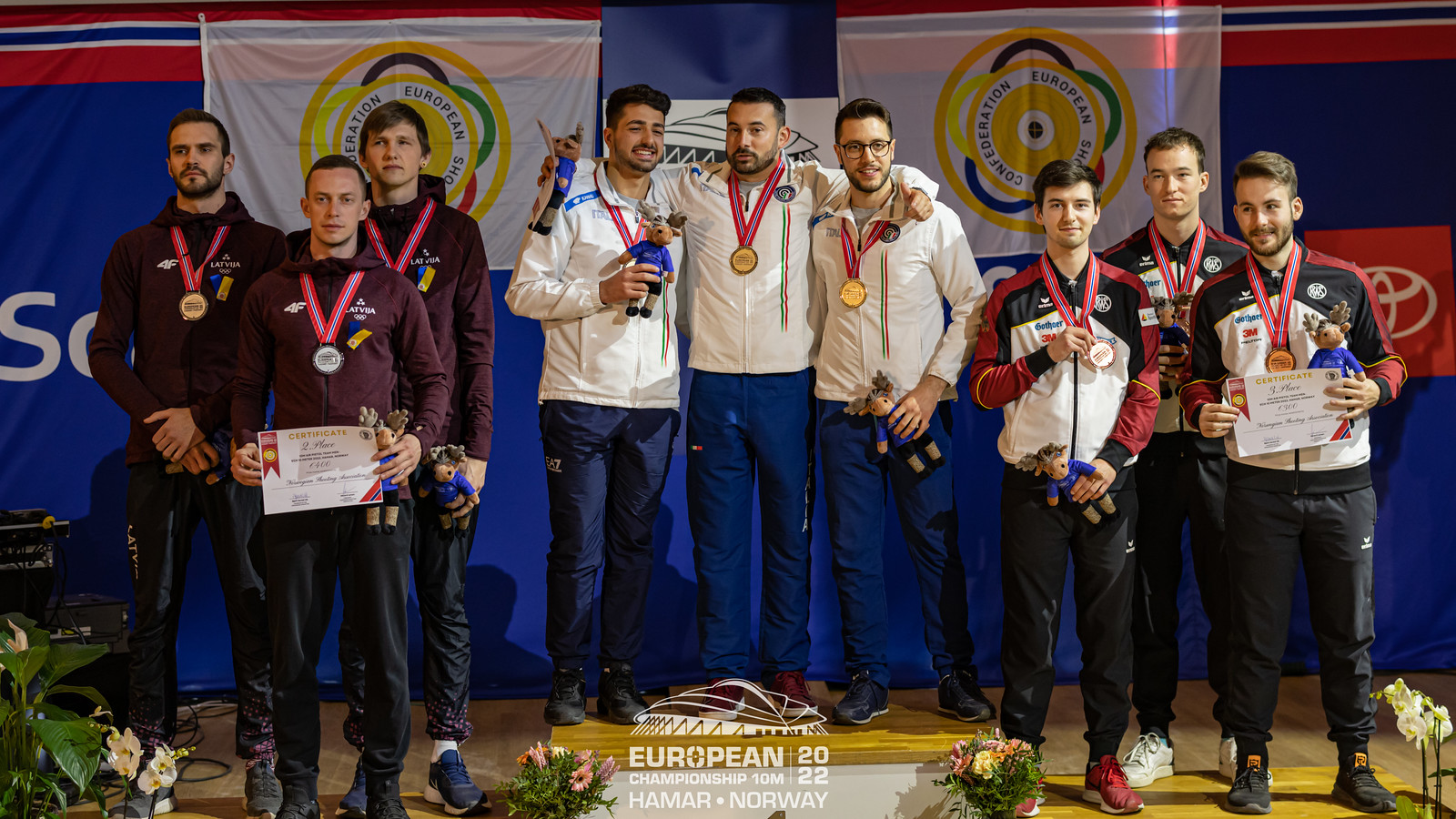 Italy and Latvia were the best teams in Qualification 2, and qualified for the Gold medal match. Paolo Monna, Luca Tesconi and Alessio Torracchi won with 581. Gvido Cvetkovs, Lauris Strautmanis and Emils Vasermanis from Latvia had 577 points.

Turkey with Bugra Tavsan, Yusuf Dikec and Ismail Keles finish 3rd in the Qualification with 576 points. Germany, with Paul Froehlich, David Probst and Robin Walter is the last team that qualifies for the Bronze medal match. They reached 575 points.

Germany wins the Bronze Final, 17-9 against Turkey. Paul Froehlich, David Probst and Robin Walter can be proud of a great Final. This is Robin Walter`s 3rd medal in three competitions. He also has 2 Gold medals in Air Pistol and Air Pistol Mix Team.

This was the last competition for Air Pistol Men in Hamar – and we congratulate Italy as European Champions in their last event!

Photos (by Steven Lopez / IG:Pewnor) can be found here.