It's a Trap Mixed Team day 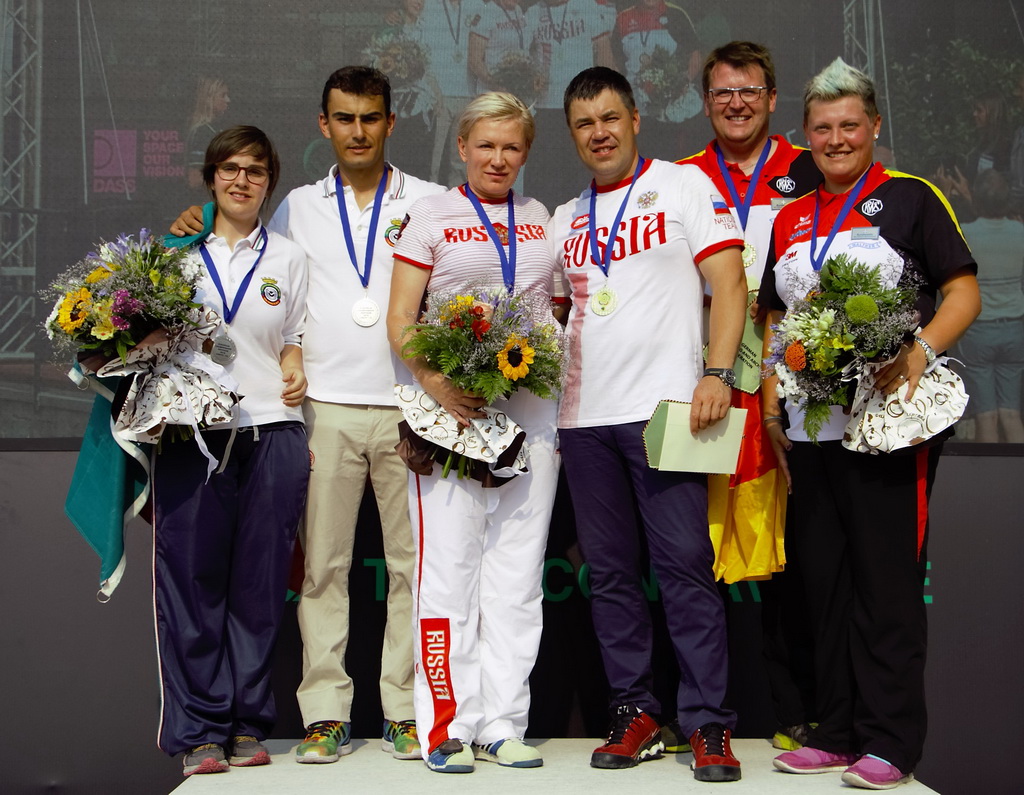 As we know the ESC is a forward-runner in developing shooting sport for the demands of future and IOC 2020 programme. Today it was the turn of Trap Mixed Teams. The teams consisted of a female and male athlete. This Trap Mixed Teams competition is now for the first time as an official event of European Championship. 14 teams participated in this event here in Lonato.

The teams are devided in two parts, three teams in both parts.

After the qualifying the following team has received the place to semi-final: Spain (96), Italy (94), Germany (94), Great Britain (93), and Russian Federation (93). Portugal and Finland had to have s shoot-off and Portugal won it 2-1.

In the semi-final 1 there met Portugal, Spain and Great Britain, which was the first team who was dropped out from the medal matches. In the end of the semi-final the scores were even between Portugal and Spain. It was needed again a shoot-off. The team must select their athlete who is going to shoot at the shoot-off. Portugal elected Jose Bruno Maria and Spain – a quick shooting Alberto Fernadez. It was needed 5 clays before it was clear that Portugal took the Gold match place, and Spain went to the Bronze match.

In the second part of semi-final Russia, Germany and Italy competed fom medal match places. The first unlucky team was the hosting country Italy who dropped out. In the end of semi-final Russian Federation team was better with difference of 2 clays before Germany. Russia went to Gold Match and Germany – to the other medal match, Bronze one.

In the Gold Match Russian Federation (Elena Tkach/Alexey Alipov) met the team of Portugal (Ana Riata Rodrigues/Jose Manuel Bruno Faria). Ladies showed their skills to concentrate while both ladies of the team shot better result than men athletes. Russian Elena Tkach solved her part clearly without any misses. Alipov missed just once. In the team of Portugal Ana Rita Rodrigues missed once and Jose Bruno Faria missed twice. So the gold medal and winners’s price money travelled to Russia, silver – to Portugal and bronze – to Germany.

When looking at athletes faces they seemed to like to shoot in mixed team. And the competition itself was exciting which is proved by many shoot-offs.