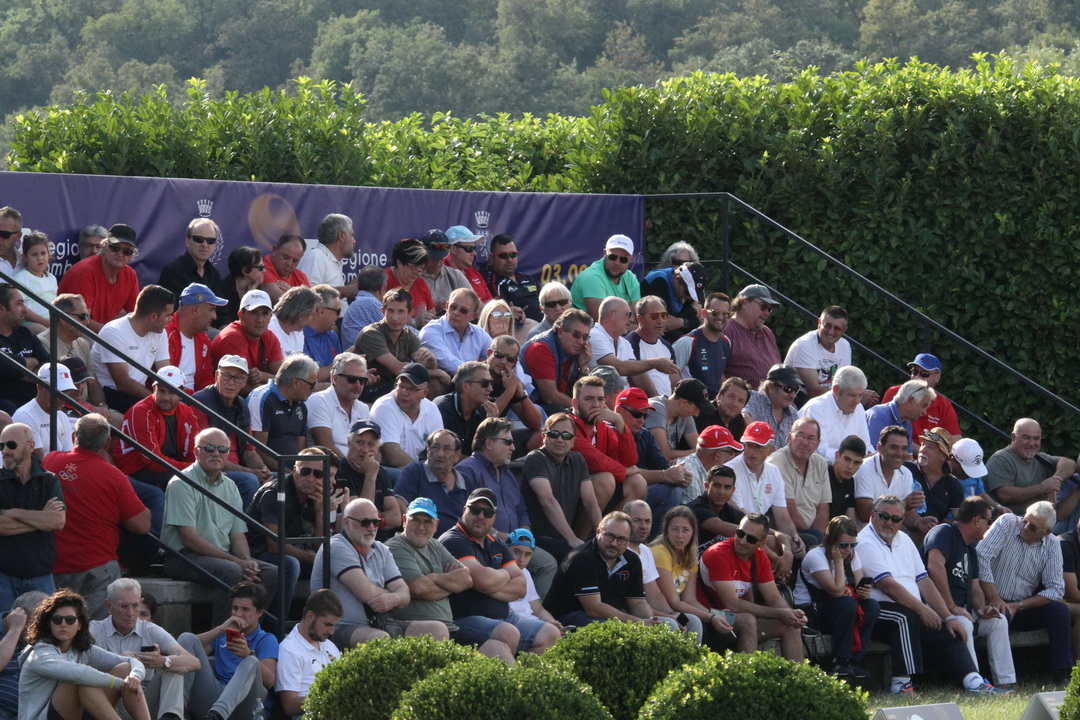 Jiri Liptak (CZE) won the gold medal in Trap Men, and Marut Ilbilgi (TUR) was number one in Trap Men Junior in the European Championship Shotgun in Lonato, Italy. Two quota places to Tokyo 2020 were obtained by Liptak and Aaron Heading (GBR).

The European Championship Shotgun continued on Saturday at the “Trap Concaverde” Shooting Range in Lonato. The conditions were again perfect – after a very rainy and windy Friday.

Trap Men and Trap Men Junior finished their competition today. They both shot the last 75/125 targets and the finals.

Jiri Liptak (CZE) and Marian Kovacocy (SVK) were on the top two positions after the qualification of Trap Men. They both hit 122 targets. Mauro de Filippis (ITA) and Josip Glasnovic (CRO) did well too, both 121 targets. They were the third and the fourth qualifiers. Aaron Heading (GBR) took the fifth place and Armelim Rodrigues (POR) the sixth place with the result of 119.

Only one of the finalists had a quota place obtained to Tokyo 2020 before the ECH final – Kroatian Josip Glasnovic. So there were five men without a QP and two places at stake.

The best of the Trap Men final was Jiri Liptak (CZE),who did a very good shooting. He won the European Championship gold medal and also the quota place to Tokyo.

His victory result was 46. Aaron Heading (GBR) shot also an excellent competition and lost the gold medal only by two targets (46-44). Heading was very happy about his medal and quota place. Heading’s family was with him at the shooting range, and his wife told their baby that “we will go to Tokyo next year”.

Liptak told that the start of his final did not feel good because of many mistakes. It was a tough competition:

– I knew this was one of the very last chances to get a quota place to Tokyo. Many people expected me to obtain it, because I have been shooting well. Luckily I handled the pressure very well – hey, I won the European Championship and got a quota place, Liptak said with a big smile on his face.

Josip Glasnovic finished in the fourth place (30). Marian Kovacocy was the fifth (25) and Armelim Rodrigues (POR) took the sixth place with the result of 21.

Ioannis Chatzitsakiroglou (GRE) shot the best result (120) in the qualification of Trap Men Junior. He was followed by Marut Ilbilgi (TUR) whose result was 118, and Jan Palacky (CZE) who hit 117 targets.

Jason Picaud (FRA) and Lorenzo Ferrari (ITA) also qualified to the final with the result of 116. Michael Bovingdon (GBR) was the sixth qualifier (115).

Ilbigi shot very steadily in the final and took the lead in early competition. He hit excellent 47 targets in the final and won the European Championship with a new ERJ. Ferrari took the silver medal (43) and Picaud the bronze medal (34).

Ilbigi was of course very happy about his perfect final. He finished his junior career in a great way:

– I didn’t feel any pressure in the qualification, but in the final yes, he said.

Bovingdon finished fourth (29), Palacky was the fifth (24), and Chatzitsakiroglou took the sixth place (19)

The ECH in Lonato continues on Sunday with the Trap Team finals (QF-SF-MM).