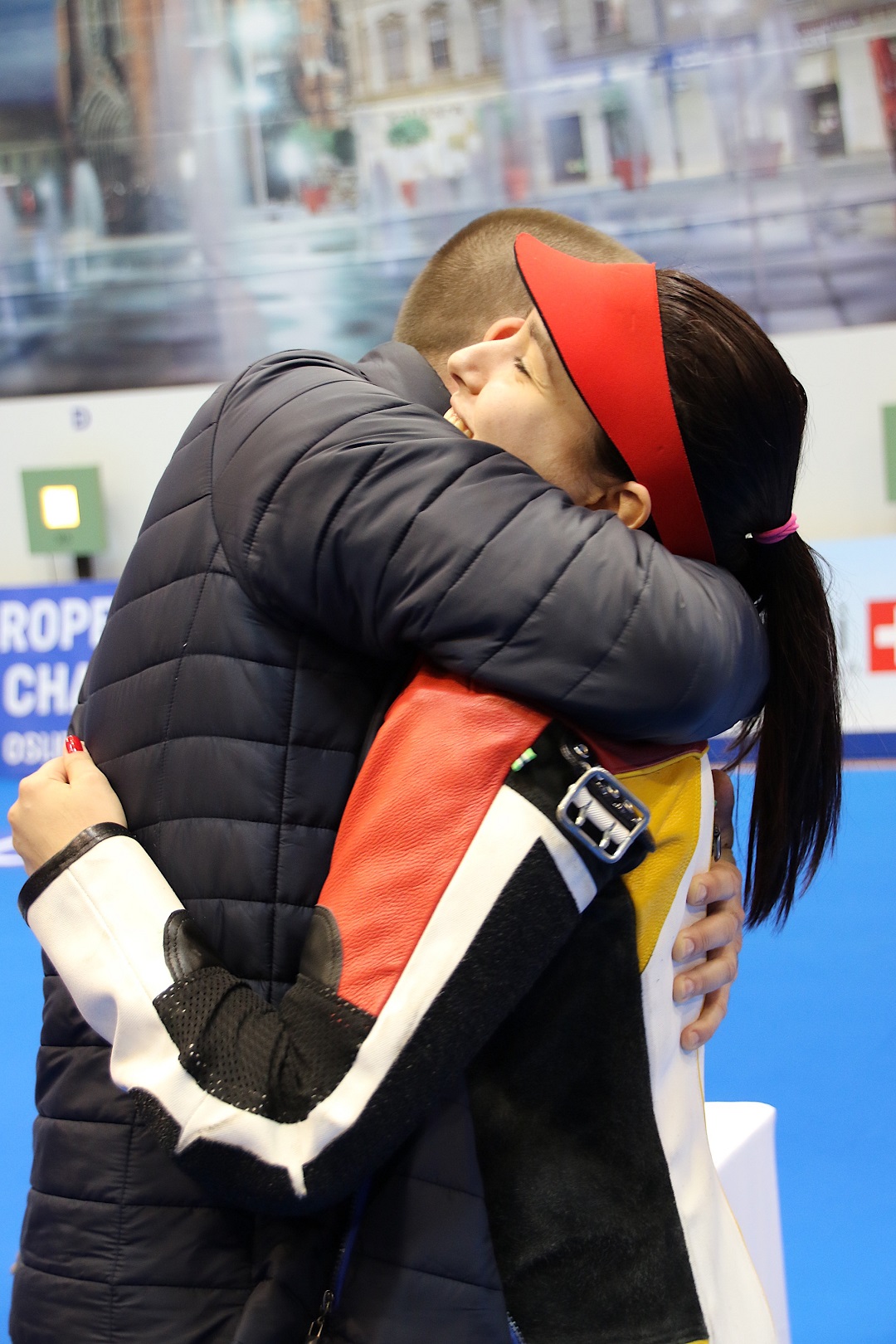 he Second final was the 10m Air Rifle Final Women.

Russian Yulia Karimova(629.7) was best of the Qualification on Thursday, two points before Romainian Laura-Georgeta Coman. Like in Men’s Final in this Women Final the difference was very small. Petra Zublasing (ITA), Nina Christen (SUI), Franziska Peer (AUT), Katarzyna Komorowska (POL) and Anna Nielsen (DEN), they were each inside 0.6 points. The eight finalists Roxana Sidi (ROU) also only 0.5 behind Nielsen.

That was on Thursday.

Today on Saturday Romanian Laura- Georgeta Coman made herself a super day by winning her first European gold medal and after such a exciting final. It was needed even two shoot off before the victory was clear. This kind of finals we have been waiting and now we got it!

Coman was all the time between fifth and two but not in the lead. First it looked that Swiss Nina Christen and Danish Anna Nielsen will take the brightest medals, but then Nielsen started to drop down being finally fifth.

Then appeared Austrian Franziska Peer who made some excellent hits and took the lead after the 20th shot. Then came Christen again and Comon. Comon made a 10.7 in the 23rd shot and took the lead with 0.1 difference. Everybody thought that next shot will be de the last one. But it was not Comon´s hit 10.0 and Christen 10.1. Shoot-off. First shoot-off hit: both hit 10.1. it was needed the another one: both 10.3. Wow, what a final. Third one: Comon 10.4 and Christen 10.3! Comon was crowned as a European Champion!

"Usually there isn´t so many shoot off. I´m not so used to it, but I thought that lets shoot. When I recognized that we need another on I was a little bit surprised. Then I lost with 0.1! I´m not sad, first individual medal for me and the different is so tiny that it doesn´t matter. I´m happy for the silver", rejoiced Nina Christen, the silver medalist.

The all medalists: Romainia Coman, Swiss Christen and Austrian Peer are rookies on the podium. Now they have experienced it!