Lucy Hall and Kirill Bagrov had a perfect day 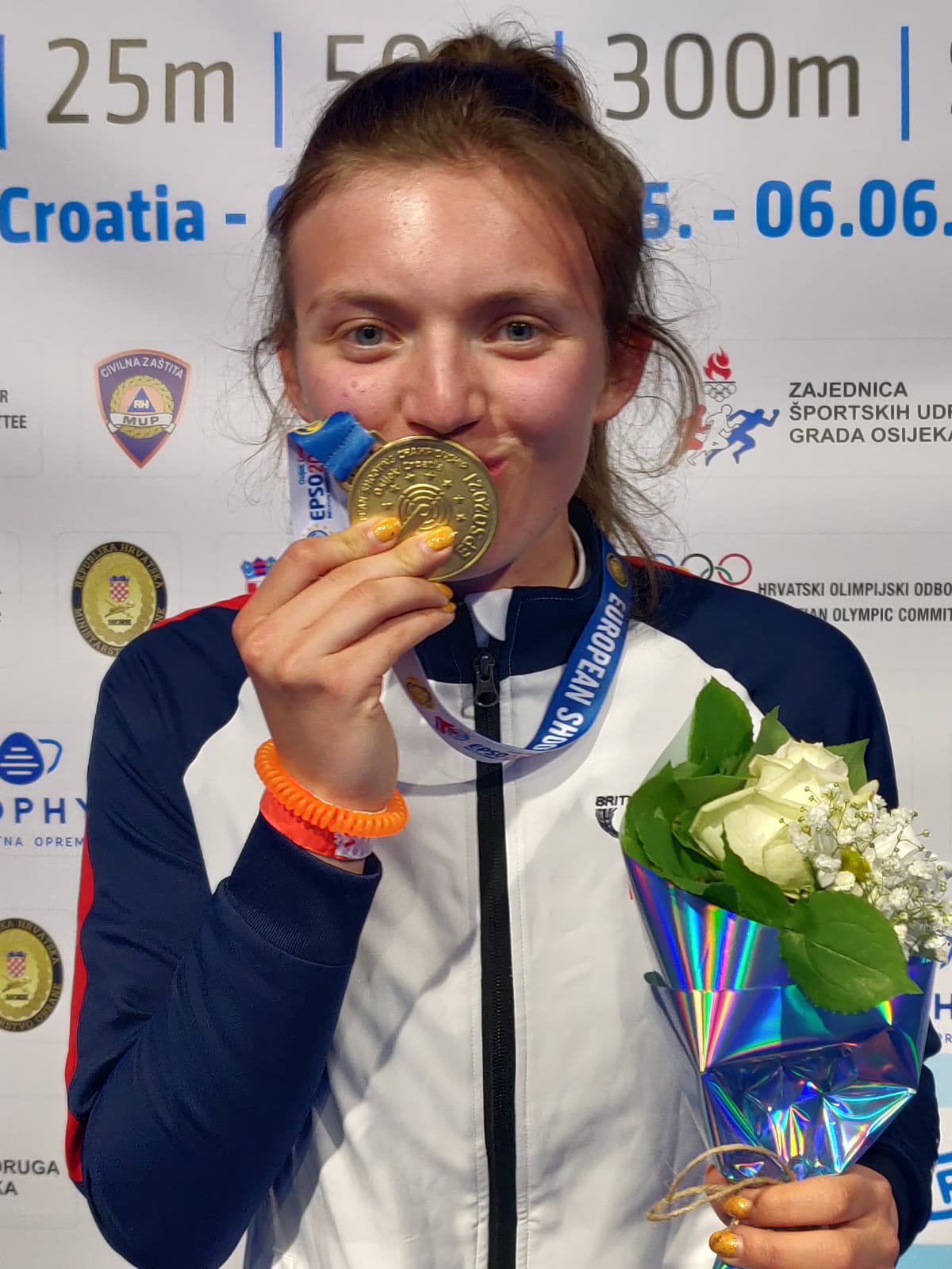 Lucy Hall (GBR) and Kirill Bagrov (RUS) got today one new merit on their awarding list, when both won the European Championship in their own disciples Trap Women Junior and Trap Men junior.

Bagrov used all his best skills while he had to go to victory through the shoot-off. Italian Lorenzo Franquillo and Kirill Bagrov hit both 41 clays. Franquillo made a miss and lost the Gold. Spanish Andreas Garcia won Bronze medal before his team mate Javier Martinez Fuster.

The Women Junior Final was as exciting as Men Junior, and finally British Lucy Hall won the European Championship. Her record result was 41 hits. Hall had a good duel with Portuguese Maria Ines Coelho de Barros and the Gold came after perfect hit in the end. When their communication chief was making Hall’s interview with mobile, Hall’s teammate brought her a mobile.

– Oh my feeling is absolutely fantastic but I can’t explain now my feeling better. There is so many thoughts and feeling and beside I’m at the moment in interview, explained new European Champion to the phone.