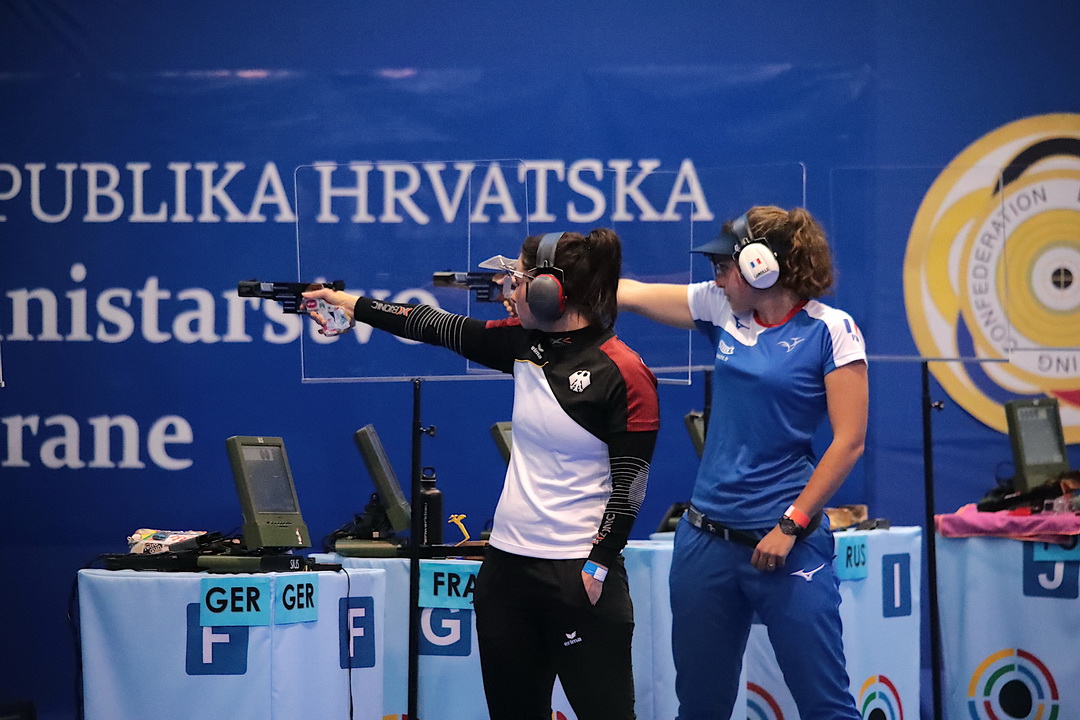 French Mathilde Lamolle is the new European Champion in the 25m Pistol Women. She made an impressive performance during the last two series. Cold nerves, I must say!

German Monica Karsch and Mathilde Lamolle were tied five series before the end. Then it looked that Karsch will go, Karsch shot more hits than Lamolle. Two series to go: Lamolle makes 4 hits instead of Karsch’s two hits and passes Kirsch who was leading. Last series, Karsch hits three times and Lamolle makes a perfect series, five hits!!! She surprised perhaps herself, while it took a little time that Mathilde recognized the result: she won the Championship gold.

Russian Vitalina Batsarashkina shot well and fought for Gold and Silver hard but her destiny was to drop out when she shot in the second last series only one hit. Batsarashkina’s teammate Margarita Chernousova was fourth and shot a Tokyo Quota Place to Russia.