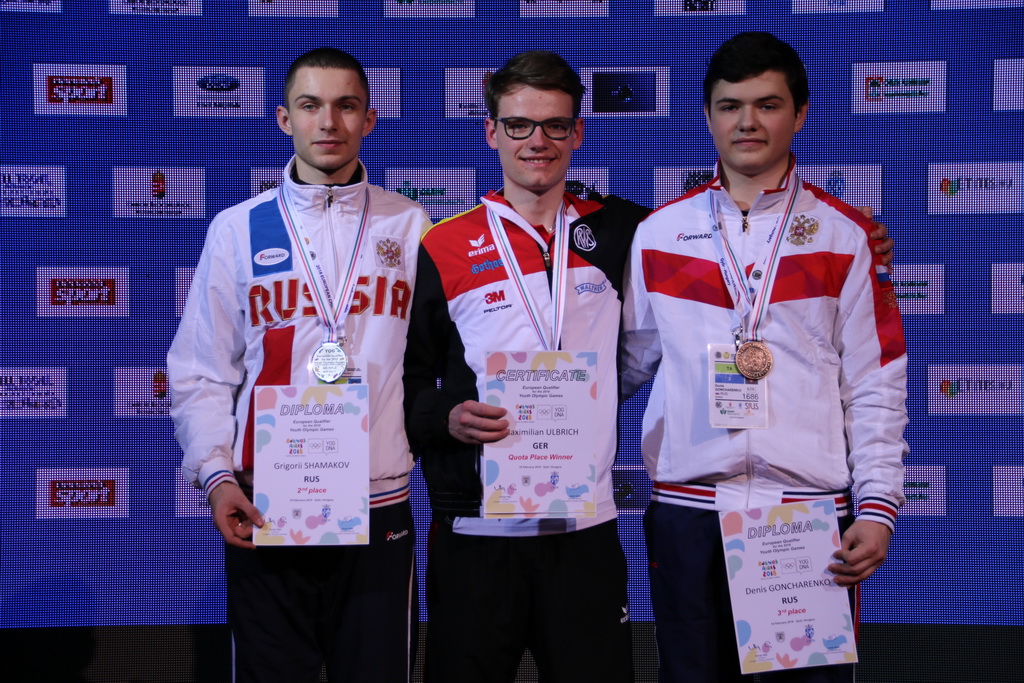 Sunday’s second competition and final was the 10m Air Rifle Men Youth. It was an excellent shooting show from young athletes. It looked quite long time that the winner would be the Russian Grigorii Shamakov but in the last competition shot German Maximillian Ulbrich made an excellent 10.4 hit when Shamakov managed to hit only 9.8. It meant that they both had the same result 247.1, and the shoot-off was a reality.

In the shoot-off Maximillian kept his balance and made 10.5 hit – Shamakov was nervous and managed to hit only 8.8.

«The qualification was very difficult and it was very hard to arise again after some bad hits, but the main thing was that I could reach the final place. At finals my start was terrible and I was ever so nervous. Then I started to get better hits. It was really exciting final. Fortunately I made into the end some good hits so we reached equal results with Grigorii. At shoot off I was very nervous but I think that so was Grigorii too. I was probably less nervous and lucky one», explained Maximillian Ulbrich who is not sure shall he travel to Buenos Aires while in Germany they have still separate qualifications.