Nothing new under the sky 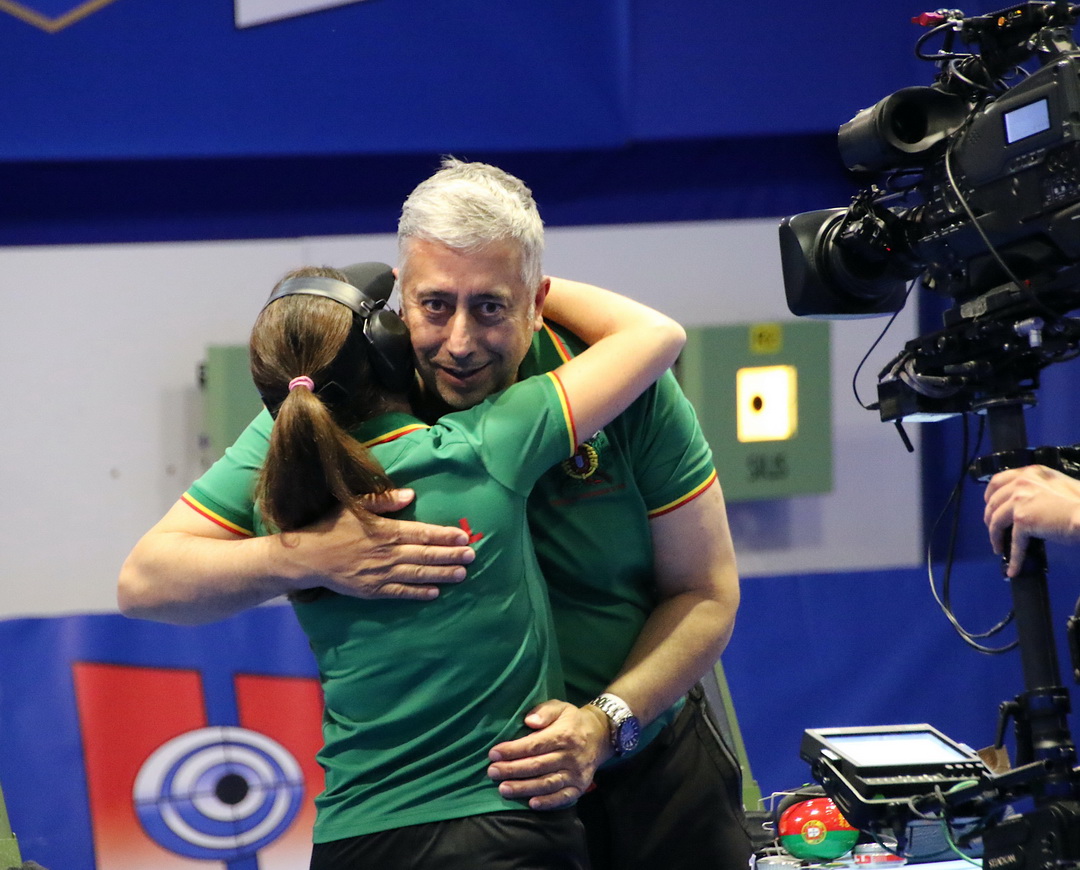 Like the title say, so we can comment when we tell about the Air Pistol Mixed Team. The strong pistol shooting countries ruled the medal matches.

At the moment Russia, Serbia, Portugal, Austria, Turkey, Ukraine, Latvia and Germany are probably the strongest ones.

To the gold match reached Russian Federation 1 and Serbia 1, to the bronze match Portugal 1 and Austria.

Russia ruled the match in the beginning until situation 7-3. Then Serbia used their time out. It helped and soon they passed Russian team.

It was Russian turn to take time out. Both teams won set and after some ties Russian team finally managed to take the last points. Victory to Russian Federation 17-13.

The Russian team consisted of Vitalina Batsarashkina and Artem Chernousov.

The bronze match was exciting and tight. Austria caught the Portuguese lead and fought hard, but finally Team Portugal, its legend Joao Costa and his team mate Joana Castelao won the needed two points. It was a really deep sigh from Costa. He looked to be very happy and satisfied for bronze victory.