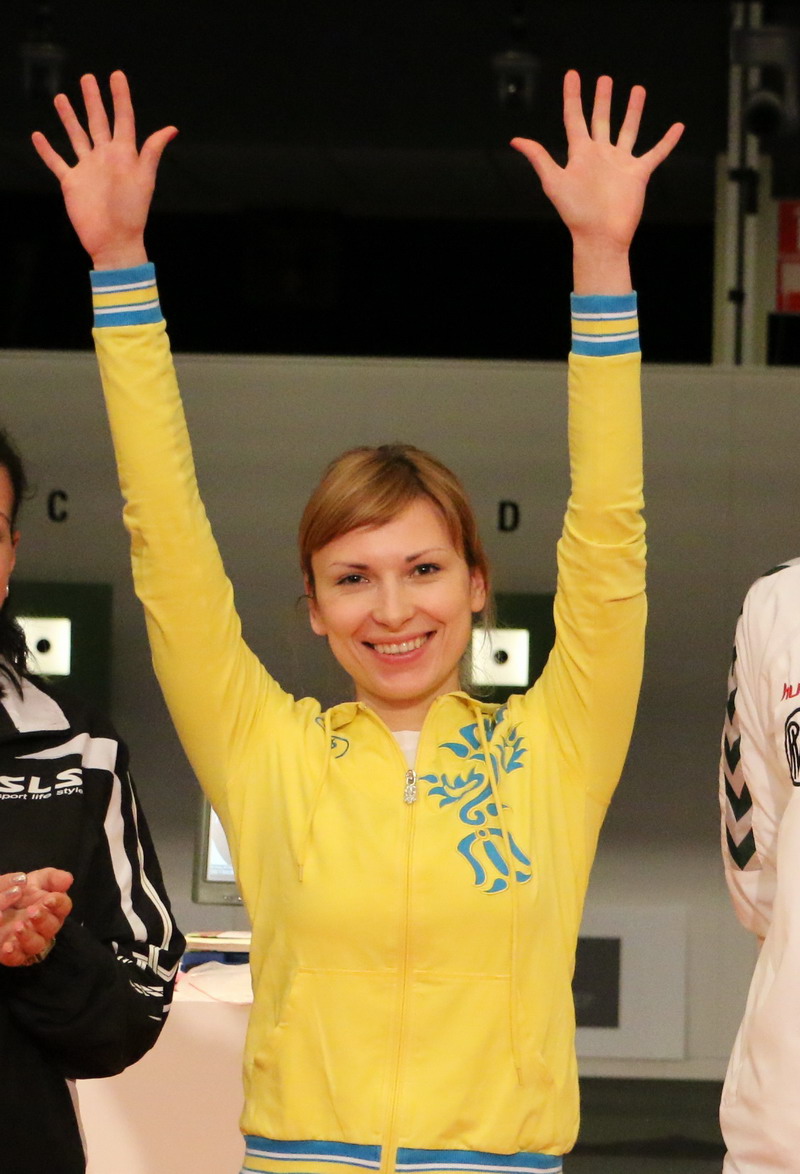 - It was not an easy victory while it was my first European Individual medal, and the road has been long already. I was nervous, but now I’m very happy after winning, because this medal was missing in my collection, - explained Olena Kostevych with happy impression on her face.

To the question, what motivates her still to compete in the European Champion, she told that the only thing is to start from the very beginning.

- Shooting is so challenging and it keeps you humble. I want to be better and better. I have to forget the outside world and to try my best, the basic things, - described Kosteyvych her training methods.

Kostevych took the leading position from the beginning of the finals. She made small cosmetic fault in 9th and 10th shots earning “only” 9.6 and 9.9, but during the following shots she took back the top place and kept it till the end of the final. The difference was not big while her last shot was 8.5. But the result (202.9) was enough for gold in spite of Bulgarian Antoneta Boneva’s excellent last shots (10.4, 10.5, 10.7).

The winner of silver medal was Antoneva Boneva (202.3) from Bulgaria, and the bronze medal was handed to Renata Tobai Sike (177.2)

In the Team competition the team of the Russian Federation took her own place and won the gold medal before France and Poland, who were the other medalists. The Russian team consisted of Ekaterina Korshunova (376), Ljubov Yaskevich (385) and Vitalina Batsarashkina (380). The winning result was 1141. The result of Silver team France was 1136, and the result of Poland (bronze) was 1132.