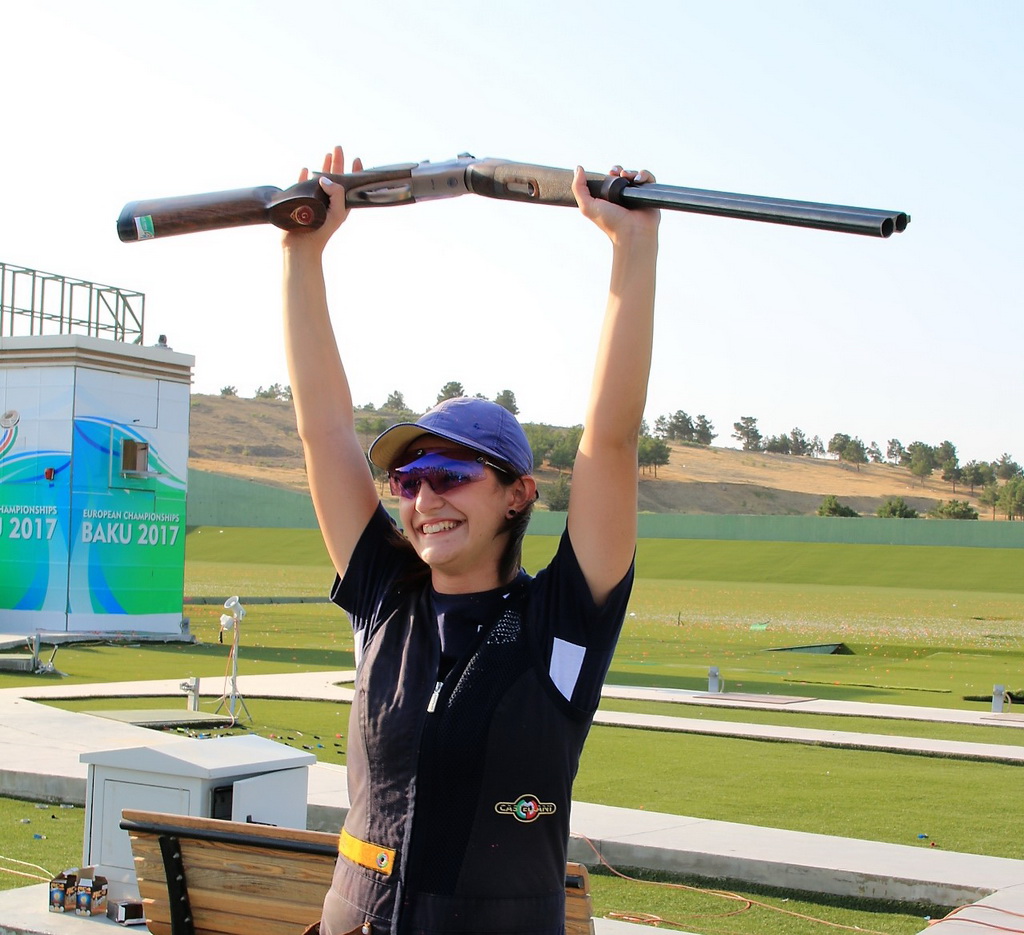 Sunday’s last two shotgun events were Skeet Women Junior and Skeet Women competitions. After a long and hot, windy day the athletes came last time together to the finals. The wind blew as rough as in the morning but didn’t look to disturb the Women Juniors. Greek Artemis Kaefalidou showed her skill by winning the European Championship with final result 46 which is a new World and European Record. She beat Russian Elena Bukhonova by 3 clays. Third was Italian Francesca Del Prete with result of 35 clays.

In the Final the first who surprisingly dropped out, was multi medallist Diana Bacosi from Italy. The second unlucky was Panagiota Andreou who dropped out. It looked that Aleksandra Jarmolinska would be one of the medallists but then she missed from seven clays six and dropped out.

Only the medallists were now left: Wenzel, Eleftheriou and Anastassiou. Wenzel fought well but then missed twice in the important moment and it was her turn to drop out, but bronze “in the pocket”. When all the clays had been shot the situation between Lucie Anastassiou had come to the equal result with leading Andri Eleftheriou. Both had hit 50 clays, so it was needed a shoot off.

The audience got a dramatic shoot off which lasted until 16 clays. French Lucie Anastassiou hits the target and Andri Eleftheriou misses.

After the long and hard day French Lucie Anastassiou was crowned as European Championship.

“It was absolutely a hard day, the competition day lasted nearly ten hours, but this sport. A lot of pressure, excitement and finally shot off. Anyway I’m so happy at the moment that I can’t find the right words to describe my feelings”, suspired new Champion.

“It is now time to celebrate with my family and friends. We do not have a team so I can relax tomorrow”, smiled Lucie and started to receive congrats.

During the Skeet Women Junior final the 300m rifle shooters competed in the Mixed Team event. From the seven teams the best and European Title winner was Switzerland with result 191 points, second was Sweden(175) and third Austria 2(157).