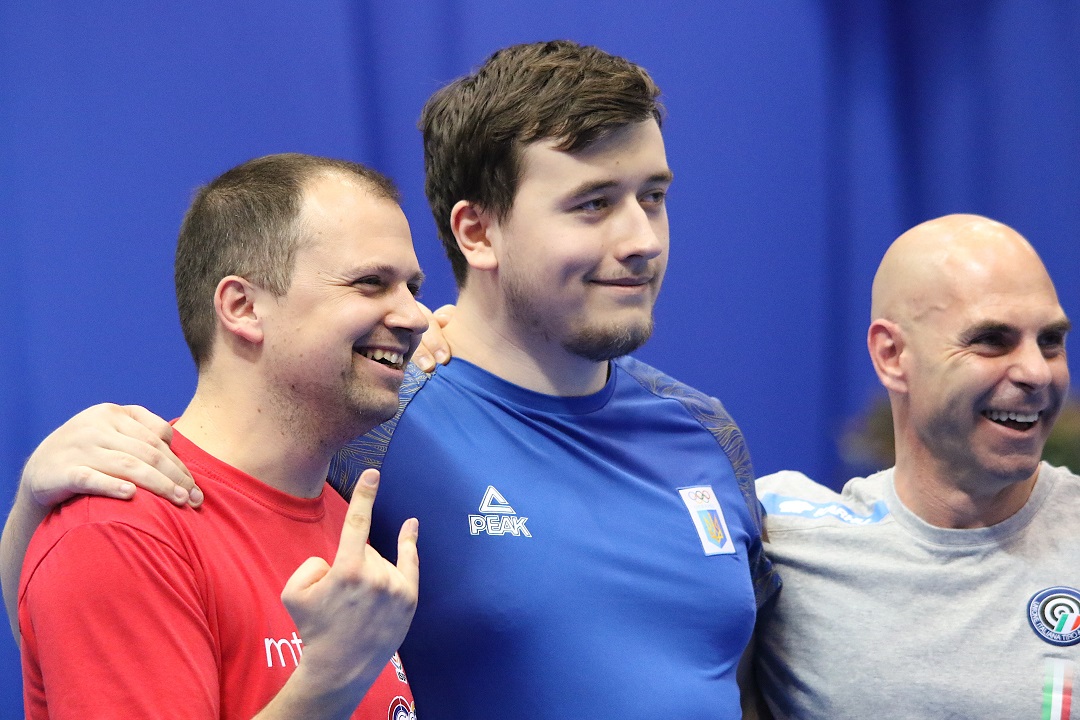 Ukrainian Pavlo Korstylov won European Championship in 10m Air Pistol today in Osijek. He is not a rookie on podium but this gold was anyway his first European Air Pistol Men gold.

Korostylov kept his power well and showed how well he can tolerate stress under exciting competition. He won also the qualification on Thursday, but the final is always a different competition.

Mikec was leading until the four last shots, but only 0.2 then Korostylov showed his power and hit 10.8 and 10.0 when Mikec hit 10.6 and 9.2. Korstylov took the lead and strengthened it with two last shot. Korostylov finished his competition with 10.7 and 10.3. Mikec tried hard to pass but hit only 10.1 and 10.3 and the result was again silver medal. This silver medal was his third European silver medal. His dream is still waiting to come true.

The Korostylov´s European Championship result was 241.3, Mikec silver with result 239.9. Bronze medal travelled to Italy with Giuseppe Giordano who made a fine competition. He competed very hard with Mikec but they were stronger this time. The bronze result was 219.4.