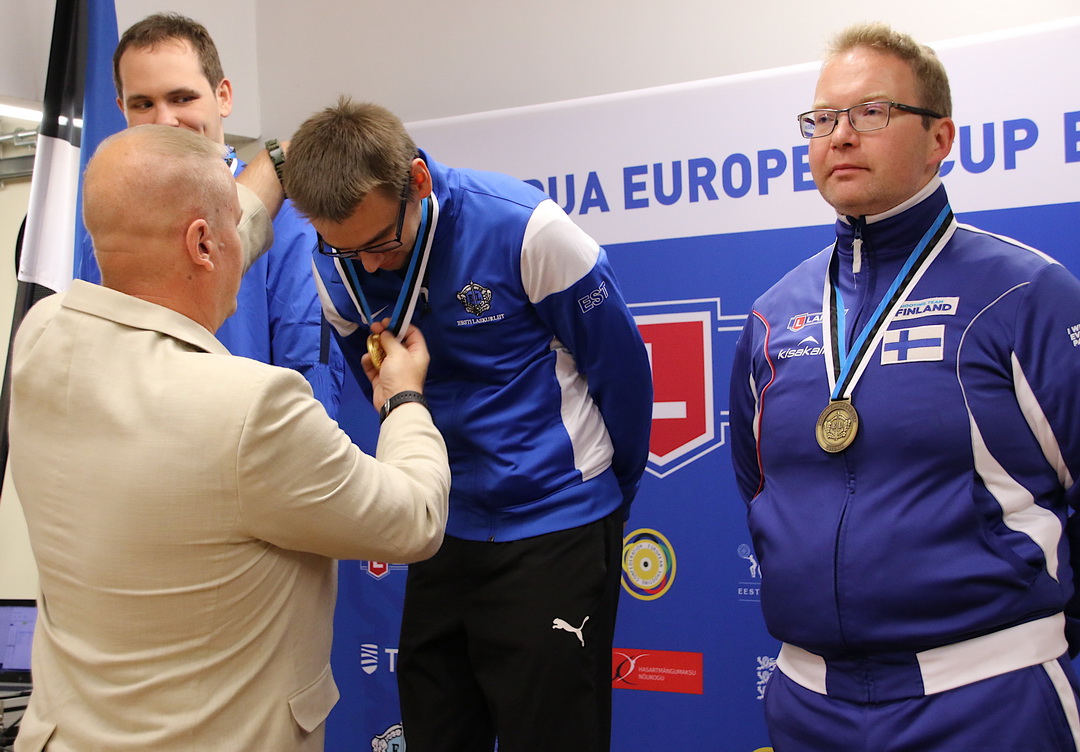 When I spoke and interview yesterday Estonian Peeter Olesk, he said me, that he has to be better today and he has to shoot minimum 575. When he finished his competition, the result was 575 and he was the best.

I went to see him and he answered what I said. I remembered and said to him that why did you not say 580, if you knew your result already.

– Next time, I have to concentrate also what I’m saying, laughed Peeter Olesk after his relay of 25m Standard Pistol in Männiku Estonia where the third round of the 25m Lapua European Cup was organized.

Olesk’s series were 196 (98+98 - 150sec), 189 (94+95 - 20 sec) and 190 (95+95 -10 sec). Peeter Olesk stayed on the top during the whole relay. French Yann Fridrici came near, they were leading with Olesk after 150 sec series. After the 20 sec. series Fridrici was only one point behind Olesk, but in the first 10 sec. series he shot only 89! His team mate, yesterdays winner, Kevin Chapon passed also Fridrici in the end of the relay. Chapon made a result of 570 and Fridrici finally 566 and it reached to the fourth position in the final result list, while in the second relay Teemu Lahti from Finland passed him too. Lahti shot finally 569 and took the bronze medal.

- I got nervous in the end, but otherwise shooting was good, said the bronze medalist Lahti.

Lahti was leading until the 10 seconds series. Into the last series he shot only 89!!! and dropped to bronze.

- This suits for me, I did my best and it gave me silver. The second stage was quite difficult for me but in the end shooting was better, Chapon described.

Estonian Peeter Olesk had to tense in to the end of the second relay, while Teemu Lahti was leading before the last series.

- Teemu Lahti was in good shape and it looked that he can win me, but the last series was not so nice for him. I had good day today, the slow series much better than yesterday and today there was even lighter than yesterday. A lot of nines but the result was good enough, told Olesk.