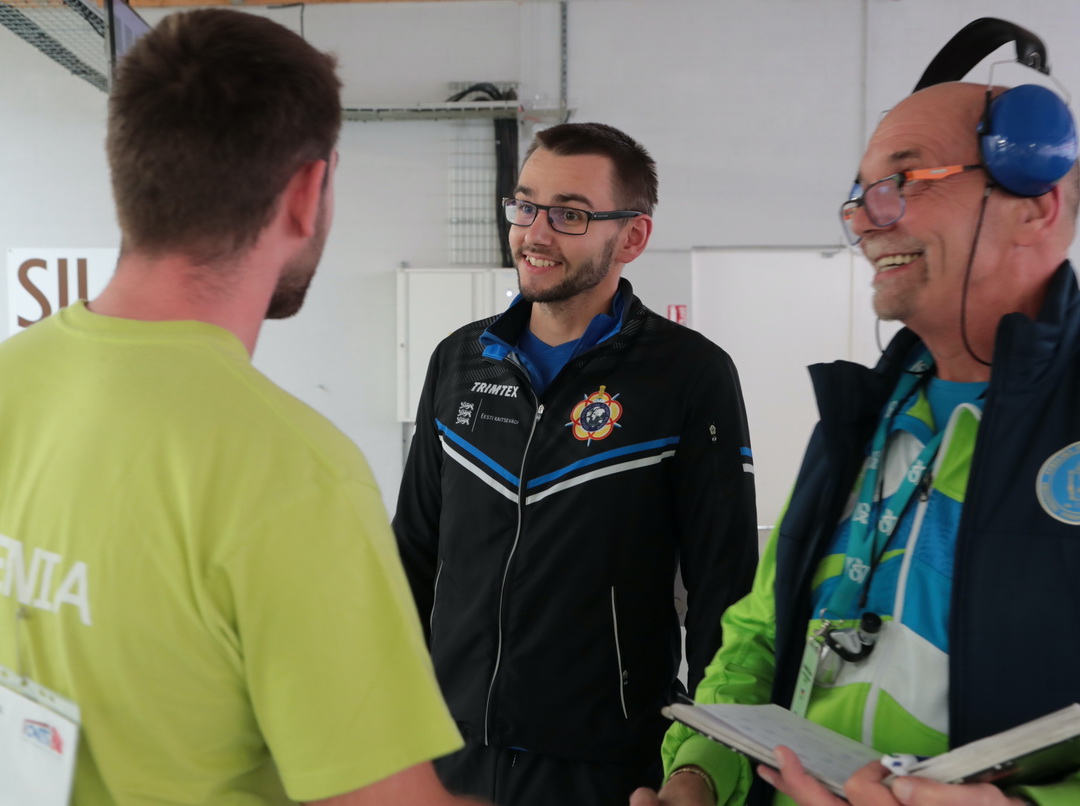 The second competition of Saturday was the 25m Center Fire Pistol Final of the 2021 Lapua European Cup. Until this competition the athletes competed the 2020 Finals while Covid -19 postponed the Finals with one year.

The best of 2021 Final after dramatic moments was Estonian Peeter Olesk. His victory result was 581 with 22 inner tens, and he won the competition even he had shot a five. Slovenian Joze Ceper won Silver medal with the same result but he managed to have 21 inner tens! The Bronze travelled to Germany with Stephan Trippel who made a strong Rapid Fire Stage (293), his total score was 577.

Slovakian Joze Ceper was leading after the precision stage with result 293 but only with the difference of one point before French Florian Fouguet (292). Estonian Peeter Olesk who had already won two medals in Châteauroux was third with the same result as Fouquet, but Olesk has three inner tens less than Fouquet. Swiss Jason Solari had made 291 and he was on the fourth position.

In the first Rapid Stage series Estonian Nemo Tabur had a so called early shot. Peeter Olesk heard it and he lost his concentration and when he shot the result was five. At the same series Ceper had also had difficulties (93). Olesk made a 91 result and dropped immediately on the sixth place. French Fouquet took the lead by shooting 95. Swiss Janson Solari was on the third place.

Then started Olesk’s run. He shot two times 99 series and made finally result 581 and climbed up to the top. Ceper fought well and made results 97 and 98 which meant the same result 581. Behind Ceper and Olesk German Stephan Trippel made strong shooting. His series were 95, 98 and 100. He was suddenly passed Solari and also French Fouquet with result 577. His Bronze medal came with same result as Solari’s, but Trippel made 24 inner tens instead of Solari’s 15 inner tens.

- I heard Nemo’s (Tabur) early shot and my concentration was lost. Thoughts were travelling here and there. I couldn’t concentrate and the hit left – five. I was shocked. I tried to concentrate again and I said to myself, look forward and future, not backward. It helped me and the concentration game back and I made two good series. I had absolutely luck this time, I’m very happy. You never know before the last shot has been done, you can’t give up, rejoiced Peeter Olesk, who has now two victories and one Bronze.