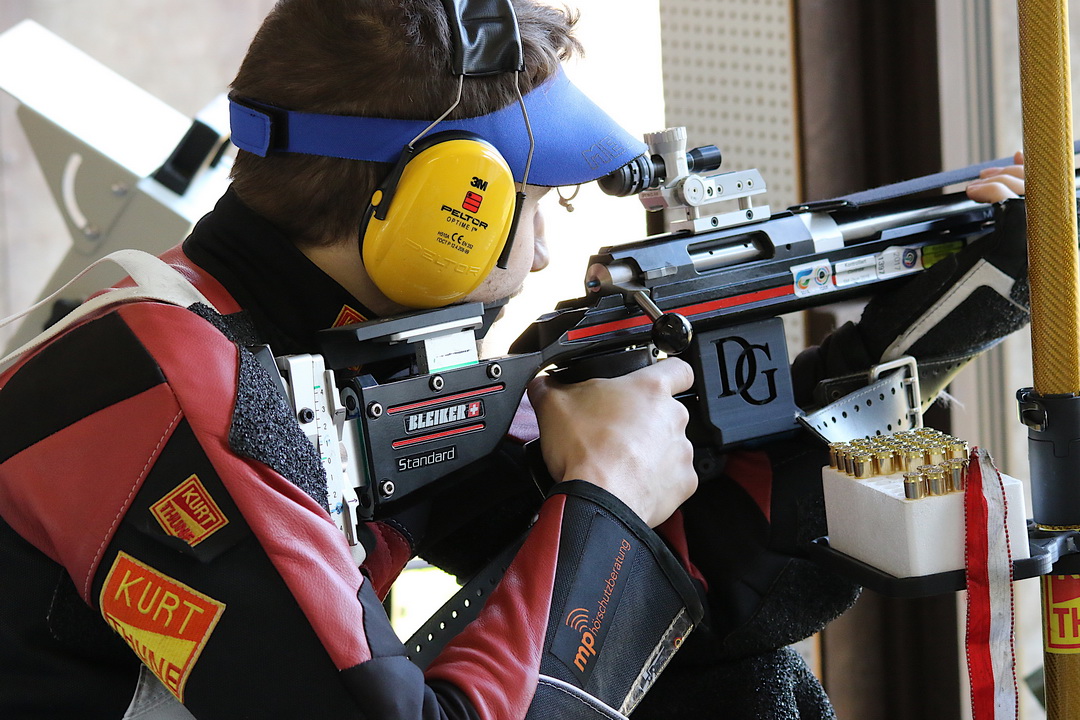 The weather like always in Lahti was this year challenging. The temperature was nice +19-20 C but the wind was rolling around and made the shooting very challenging.

- The competitions were very hard for me; kneeling and prone were quite good, but standing was ever so hard for me. I was watching the wind flags, then aiming and again looking the flags. Fortunately I managed good enough, explained Dufaux after the competition.

Hungarian Peter Sidi won silver (579) finally with the same result as bronze medallist Aleksi Leppä (FIN), but Sidi had more (18) inner tens than Leppä (14). Sidi explained also about the difficulties of the wind.

- It is very challenging when the wind starts to move your body. Breathing, concentrating and the wind. Challenging triangle. But it is same for all, told Peter Sidi.

- Of course you have to follow the flags, but if you follow them too much and often, shooting comes more and more difficult. You have to trust yourself, try to find enough calm moment and shoot. I had two bad shots, then I was 1-2 milliseconds late and it is seen in results, explained his strategy bronze medalist Aleksi Leppä.

Switzerland won the team competition with result 1729, with the difference of five points than Finland. The Swiss team consisted of Gilles Defaux (581), Rafael Bereuter (577) and Sandro Greuter (571).

The Lapua Cup will continue today with Rifle 300m 3 x 40. Tomorrow (Saturday) there will be the 300m Rifle 3 x 40 Men and Eliminations of the 300m Prone 60 Women and Men. The Cup in Finland will finish on Sunday with Prone competitions.