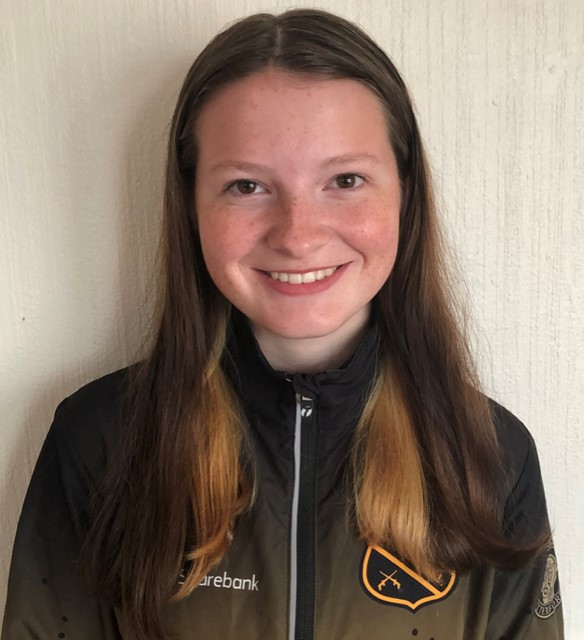 The ESC Air Cup SuperFinals powered by Walther and Capaie continued on Sunday with Air Rifle Women And Air Pistol Men finals. Sunday´s finals were as exciting as on Saturday.

Sunday started with Air Rifle Women. It started well for Norwegians, while three Norwegians managed to have a place to Semi-finals from Quarter Finals. The last semi-final place went to Germany. The lucky semifinalists were: Pernille Nor-Voll (NOR), Andrea Alstad(NOR), Martine Sve (NOR) and Anita Mangold(GER).

In the first pair competed Pernille Nor-Voll and Anita Mangold. After two series Nor-Voll was leading 2-0, but the last serie won Mangold. Unfortunately, that serie victory did not reach and Nor-Voll won 2-1 and and continued to Gold Match and Mangold to Bronze Match.

Both Norwegians made nice hits, but Martine Sve won clearly 3-0. So, it was Martine Sve, who continued to the Gold Match and Andrea Alstad to Bronze Match.

The Bronze Match was exciting from the beginning to the end. Alstad started the first set strongly and she was leading already 3-1, but then started Mangold´s run with 10.9 hit. Alstad lost a little bit her rhythm and Mangold managed to make tie (3-3). Mangold hit 10.7, when Alstad finished her set 10.3 result. Set point for Mangold and she was leading in set 1-0.

Alstad started the second set again strongly, but this time could finish it with 4-2 victory. Set were 1-1.

Alstad started the last set strongly, but somehow her power weakened when going to the end of the set. Mangold shot in good rhythm and calmly and won finally the set and the whole Bronze match with 2-1 result.

The Gold Match was again Norwegian duel Pernille Nor-Voll vs. Martine Sve. Both Norwegians made good hits, but Martine Sve took clear set victory 4-1 finishing her set with 10.6 reseult. The second set was totally opposite of the first set; Nor-Voll ruled it clearly and won it 4-0. Set situation was 1-1.

It was needed to have the third set, which would clear who will be the winner. It was like mouse and cat play. When Nor-Voll took the lead, Sve won next and made tie. Nor-Voll took again the lead 3-2. In the next shot both shot the same result 10.1. The last shot was history while Pernille Nor-Voll made 10.3 instead of Sve`s 9.5! Nor-Voll won the set and the Air Cup gold 2-1.

Russian Silaev did not give any possibities for Finnish Kai Jahnsson and won his semi-final clearly 3-0. In the second pair Mats Johannesson won Lars Edvinsson 2-1. Silaev and Johannesson continued to Gold Match, Jahnsson and Edvinsson to Bronze Match.

The Bronze Match started in the lead of Lars Edvinsson, who ruled the first set by winning it clearly 4-0. The second set changed the power situation, when Finnish Jahnsson won it 4-2. The set situation tie, 1-1.

The third and last set was exciting. It was needed to shoot all seven (7) shots to see who was the winner. Jahnsson was leading 2-0, but then Edvinsson started his run and took the lead 2-3. Edvinsson needed one victory point for Bronze. Jahnsson won the shot, and the situation was 3-3. In the last shot Jahnsson managed to concentrate well and finished his match with 10.2 result. Edvinsson managed to have only 9.2. Game over and the bronze medal travelled to Kai Jahnsson Finland.

In Gold Match met Russian Stanislav Silaev and Swedish Mats Johannesson. Both athletes started the set nervously. Then Silaev got the mood and made some excellent hits and won the set 4-1. Silaev continued well in the second set too and didn´t honestly give any possibilities to Johannesson who look to quite unconcentrated or excited during the match. Silaev finished his match with nice 10.5 and 10.6 results instead of Johannesson´s 8.9 and 10.4. Victory for Stanislav Silaev clearly 2-0.

The ESC Air Cup Superfinal powered by Walther and Capapie was a success. The athletes liked the system even it is different as in normal competitions, when you can compete at your own range. There is still the excitement, when you can see and hear the results of the other athletes. The Air Cup 2021-2022 season will start soon, so it is time to hurry up to participate. See www.escaircup.eu