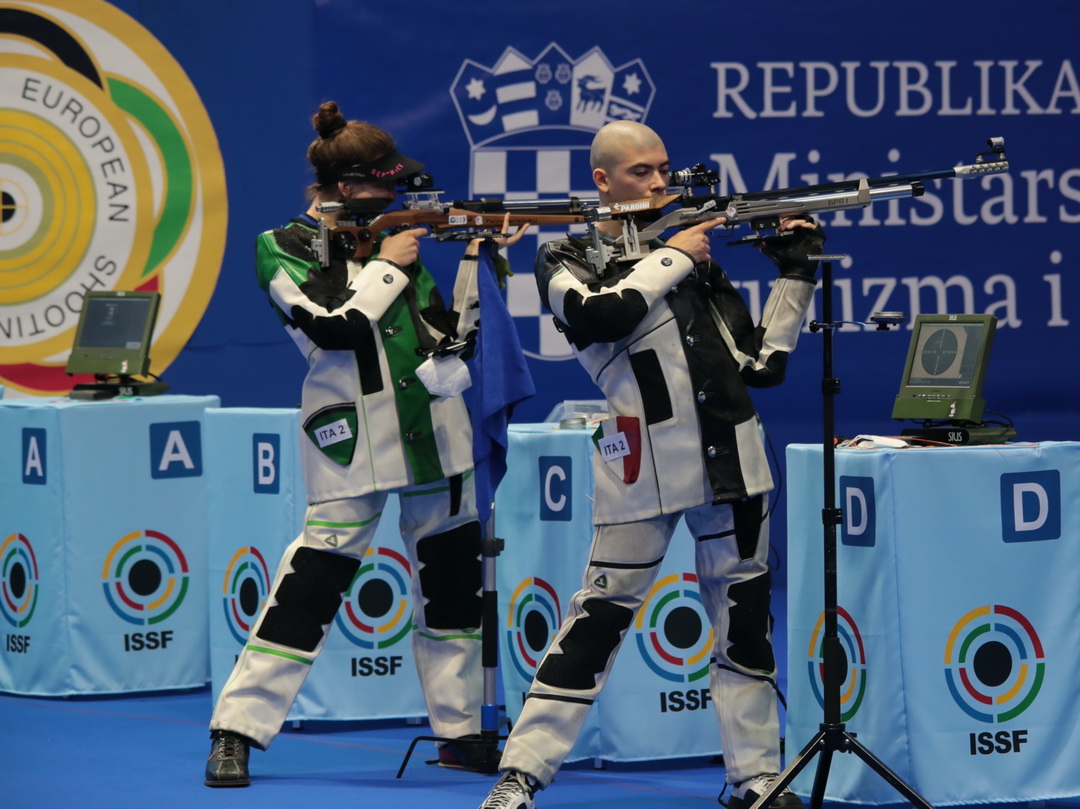 Totally 26 team participated to the Mixed Team Junior event. It’s is a great number and it shows to interest Junior athletes.

At the Qualification Italy was on top (624.3) but only 0.2 before Hungary (624.1). On the third position was Russian Team 2 with the same result. Russian Team 1, Hungary 2, Ukraine, Spain 1 and Slovakia were teams to the second stage.

At the semifinals Italy continued their strong performance and reached the place to the gold match with Spain by shooting 415.3. Spain made 414.4. In the Bronze match were both Russian Teams.

In the Bronze Match it looked first that Russian Team 2 will take the medal but then Team 1 showed their power and won Bronze finally 16-10.