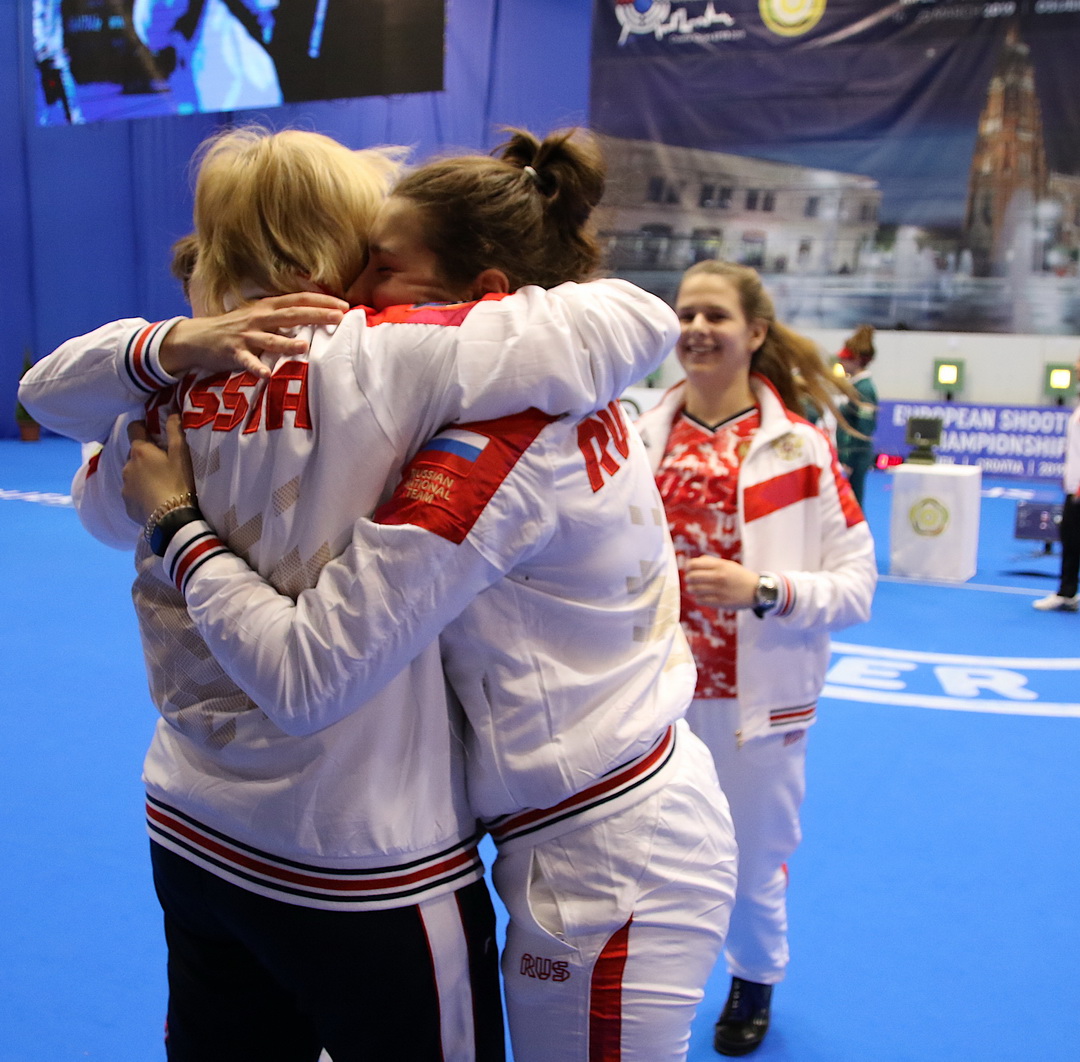 The Team event for Pistol Women Junior was an excellent promotion what shooting sport can offer for the fans, friends and for the team mates.

The Final hall of the Osijek Championship was full of cheering, shouting, applauses when the young women pistol shooters competed from the European Championship title. Fantastic feeling!

The Gold Match was also a real thriller between Hungary and Russia. Both teams had their ups and downs. Hungary were nearly all the time a little bit behind but then before the last shots the situation was equally 15-15. Then needed still one shot, while the winner is the one who had received 16 points. The Russian team was sharper and took the last two points and won gold 17-15. The Golden Team of Russian Federation consisted of Nadezhda Koloda, Iana Enina and Anastasia Shadak.

In Bronze match Team of Turkey won Poland clearly 17-9. The Turkish supporters were fantastic and I´m sure that the team enjoyed their supports and got extra power into their match.