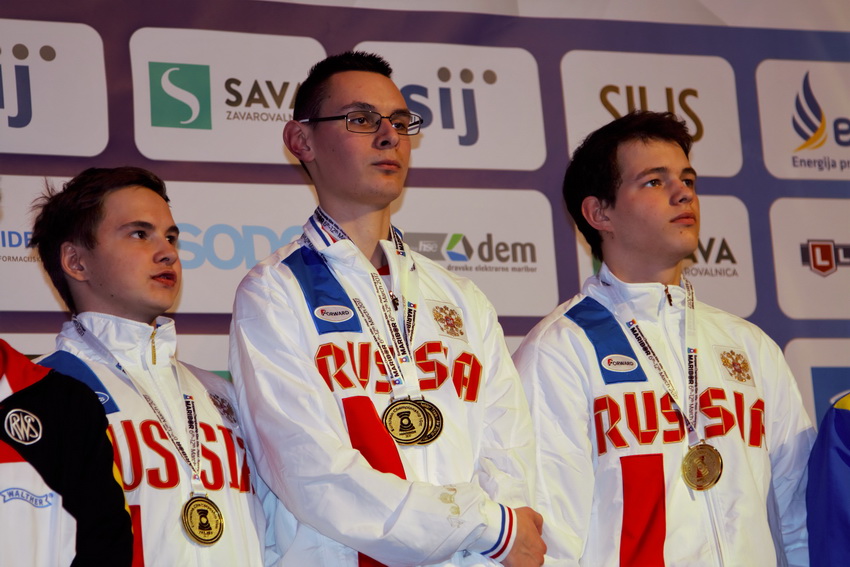 Aristarkhov dominated nearly all time in Finals. His weakest moment came during the 21st-22nd shot when Italian Paolo Monna led by 0,5 and shot two times 10.2 and Aristarkhov managed to have 9.2 and 9.7. Monna was leading now with 1 point. Next shots: Aristarkhov shoots 10,0 and Monna – 9.6. Monna leads still but just a little. Last shots: Monna shot quickly – 9.5. Audience can’t even breath while waiting for Aristarkov’s shot – 10.2!!! Audience gives huge applause. Aristarkhov gets Monna ahead and takes the European Champions title.

«I feel very good after the competition, my performance could be better, but it came out the best way at the end. I’m very happy to win the gold medal», told the new European Champion.

Italian Monna was a little bit disappointed, but looked quite satisfied after the competition.

«It’s a beautiful competition and I feel myself very emotional. It was very tense, I had a chance for gold, but I’m very happy of winning the silver medal too», told Monna.

The team Championship of the Air Pistol Men Junior was won by Russian Federation as well. The team consisted of Anton Aristakhov, Alexander Petrov and Mikhail Isakov. Germany won silver with the difference of one point ahead of the Ukrainian team.