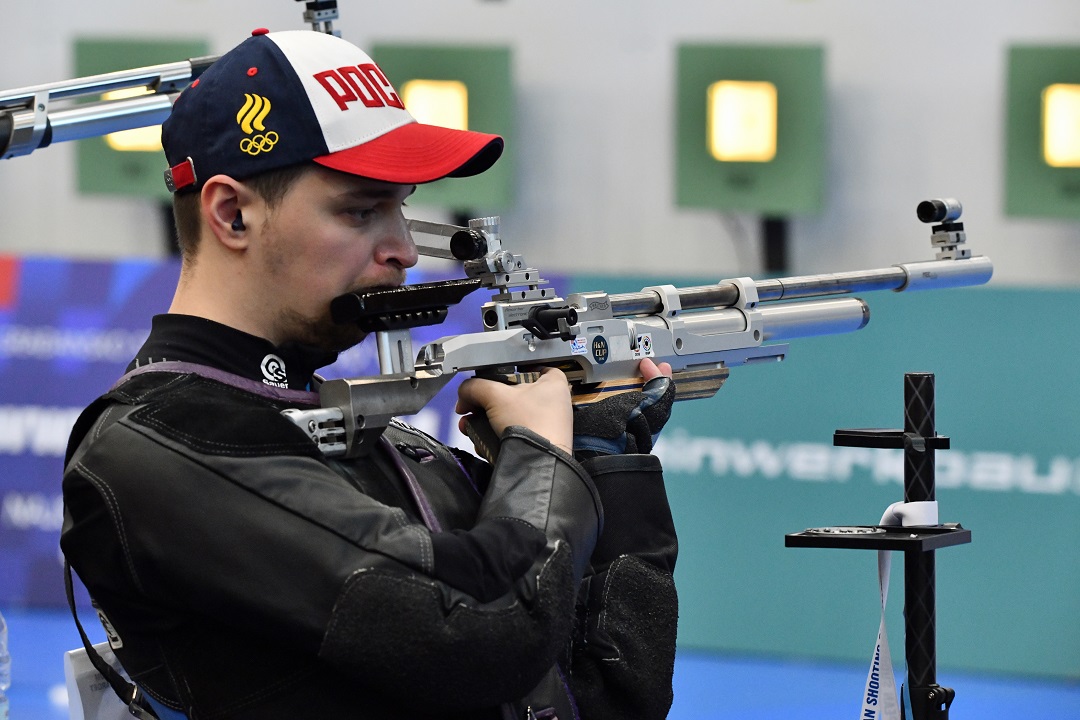 Romainian Laura-Georgeta Coman(627.7) was second and 2.0 behind Karimova. Italian Petra Zublasing and Swiss Nina Christen were the next two only 0.1 behind Coman. The last four who reached the place to finals were Franziska Peer from Austria (627.3), Polish Katarzyna Komorowska (627.1), Danish Anna Nielsen (627) and Romainian Roxana Sidi (626.5).

Russian Federation was the only country who could reach two athletes into the finals which will be competed on Saturday 23.3. Vladimir Maslennikov won the 10m Air Rifle Men Qualification. His result was 630.9 and he was the best of the Qualification. His team mate Evgeny Panchenko was third (627.4) just behind Israelian Sergey Richter (629.7). Fifth in the qualification was French Brian Baudouin (627.2) with the same result as Serbian Lazar Kovacevic. From the last two final places was a hard and tight fight while there was three athletes with the same result 626.9. Italian Marco Suppini and Maximillian Dallinger (GER) were the lucky ones who managed to have final places. Finnish Juho Kurki was the unlucky one. His last shot was 9.2! and his last series was 0.3 worse than Dallingers (103.9).

Russian Federation ruled also the team qualification and won it with result of 1882.1 clearly before Team Hungary (1877.8). Third was Germany(1876.1) who won Belarus with 0.1 points.

In 10m Air Rifle Women Team Qualification Russian Federation wrote history by setting a new European Record 1880.3. The team consisted of Yulia Karimova, Anastasiia Galashina and Dania Vdovina. Austria was the second best with result 1872.9 and beat Italy with the difference of 0.6 points. Team Hungary and team Romania shot both 1870.0. Switzerland, Slovenia and Czech Republic were following ones inside 0.2 points.