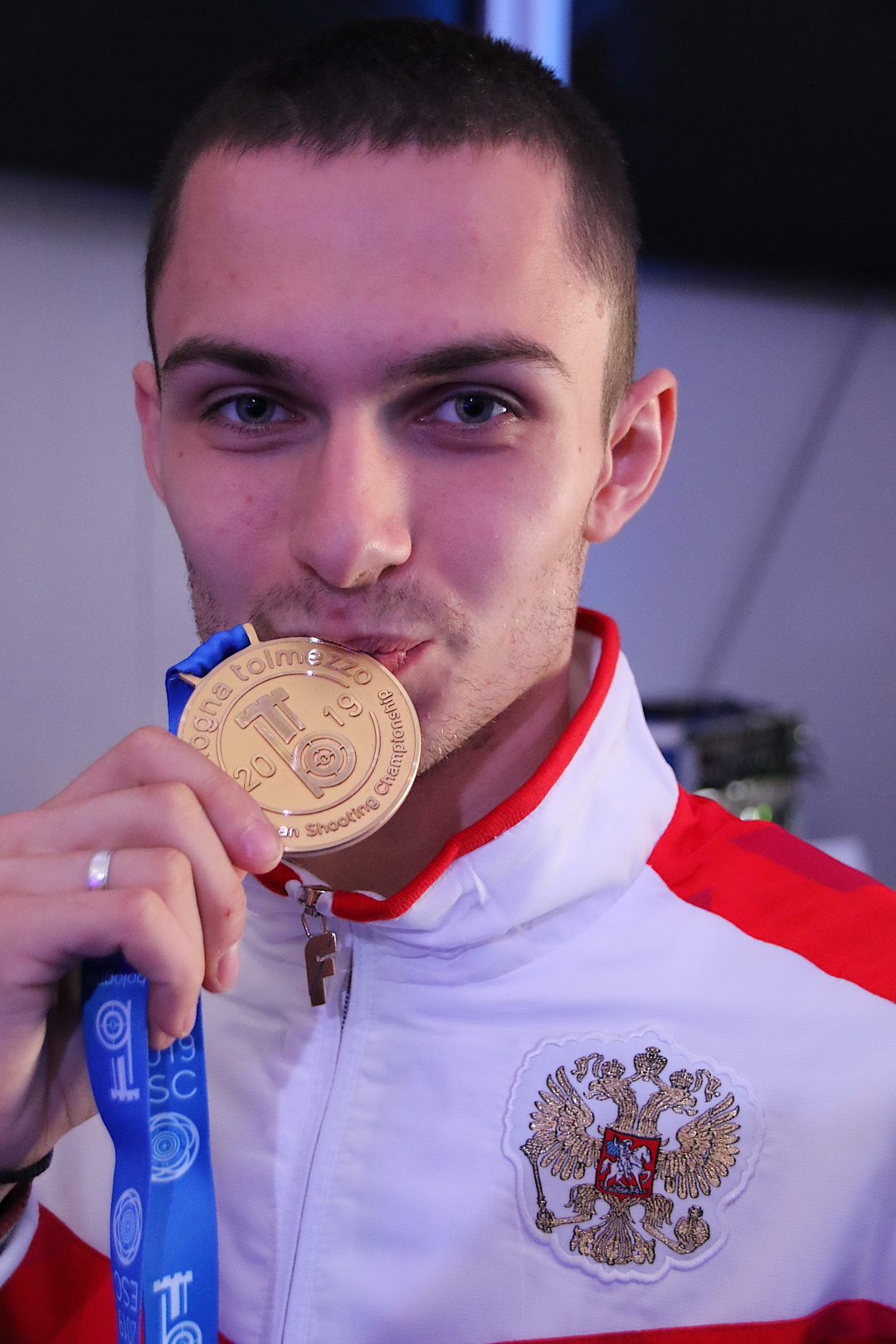 The Bolognian weather shows the best side on the first official competition day. Not so hot, but not so cold, something like +26C. Mild wind was blowing but it was not disturbing. It made the shooting only more interesting when the direction of the wind turned. The first competition was the 50m Rifle Prone Junior Men.

The Russian team won gold in the team competition of the 50m Rifle Prone Junior Men Team. The brightest star was their Grigorii Shamakov, who won also the individual gold medal.

"It was not so difficult for me to shoot. I was a little nervous, but I tried to do my best. I shot a shot after a shot, but I wasn´t sure of my victory before I shot my last shot. It was a nice feeling when I recognized the result", explained new European Champion.

Grigorii Shamakov won gold before French Lucas Kryzs with the difference of 2.5 points. The Victory result was 622.9.

"Nice, I tried my best and this is the result. Wind was changing direction nearly all the time, it was not strong but challenging", told Kryzs who silver (620.4) before Hungarian Soma Rikhard Hammerl whose bronze result was 619.9.