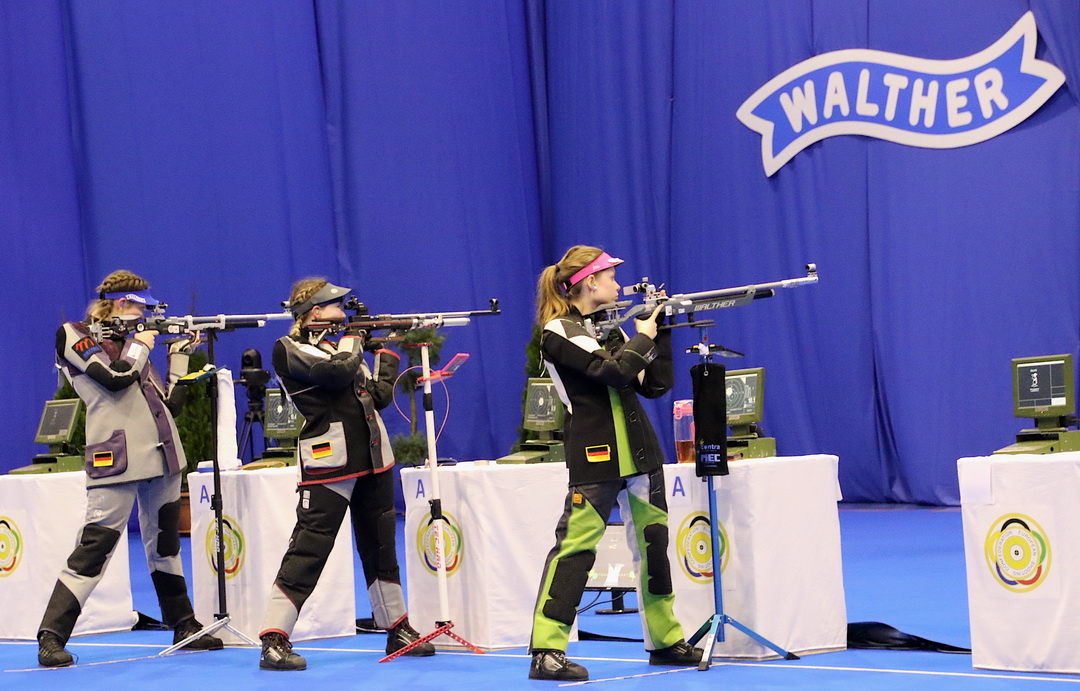 The last final of Wednesday was the Team Event 10m Air Rifle Women Junior. Team Poland managed well at Quarterfinals and it made best result 622.5. Germany (618.4), Russian Federation (617.9) and Denmark (616.7) were the following three.

In the semi-finals Russian Federation and Denmark managed best and took the places to the gold matches by beating Poland and Germany whose destiny was to fight from bronze medal.

In bronze match Germany beat the Polish team whose performance was a little bit nervous. They shot well but in important places they could push stronger. Germany won Poland finally 16-10.

The Gold Match started nervously from both sides. Russia won the first shot, then the team lost two following ones, but then they won the two next shots. After that the Russian team did not give any more changes to Denmark. Russian team lost finally only one shot and two was equal. The other they won and the victory result was clear 16-8. The Russian golden team consisted of Daria Boldinova, Polina Bolotkova and Tatiana Kharkova.