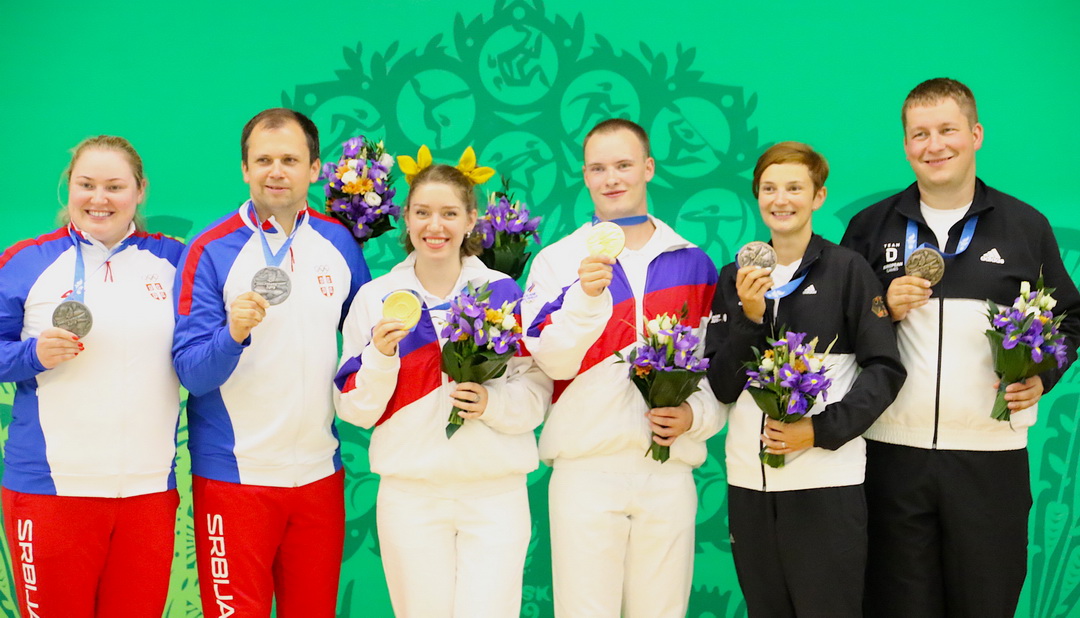 From the semifinals solved Germany and Belarus their way to bronze match and Russian Federation 1 and Serbia2 to the gold match.

In bronze match it looked like an easy victory for German but Belarus had decided not to give up, they got some excellent hits and a good mood, but German Reitz team was stronger and won bronze 16-8.

In the Gold Match Russian Federation was better with result 17-9, but the victory was not easy when Serbian team managed to win points in the end.

- Of course we were very excited during the Gold Match, but the biggest difficulty was the heat and air humidity in the final hall. It was time to time hard breath, I was sweating all the time, but in the end everything is now well, told Artem Chernousov, the partner of team mate Vitalina Batsarashkina.

- The Russian team was today better than we, we respect their skill. Of course every athlete would like to win, that is why we are here. As I told you before they were better today, tomorrow we can be better or someone else. We are happy that we could won silver medal, explained Zorana Arunovic, team mate of Damir Mikec.

- Today the start was the most difficult moment, we both made mistakes and it was hard to get to the second stage, but slow the machine worked well. The beginning of the bronze was good, but Belarusian team had two good results and suddenly they were on our side 6-6. We didn´t do nothing special, only thought the good and best things what we can and that was is today, told Christian Reitz.