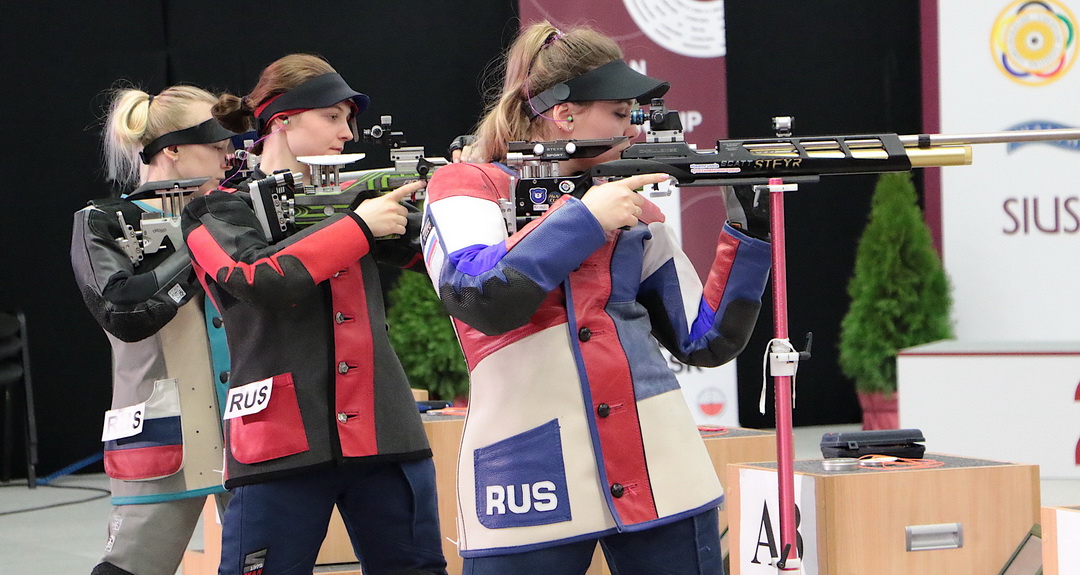 In Qualification 2 of Rifle Russian Teams were the best in both events: in Women and Men too.

In Women Team competition the second was Norway and these two continued to the Gold Match and in Bronze Match France and Poland. The Qualification 2 victory result was 627.6 and the Russian Team consisted of Yulia Karimova, Daria Boldinova and Anastasiia Galashina. Norwegian Women Team presented new hair fashion at the semi-final 2 and the team consisted of Jeanette Hegg Duestad, Jenny Stene and Johanna Reksten. The Norwegians made for the result 625.9.

The Norwegian Team’s start was strong; they won two first shots, then tie, but then came Russian team. After the tie Russian won next two shots. After that Norway won once, but then Russian started their run to gold. The situation did come little better after Norway’s time out. Russian team had three match points, but the fourth was the one, which managed and they could finish the Gold Match into the Gold.

There was seen little drama in the bronze match, when French Gomez had a malfunction in her rifle. The reason was that in the rifle there is a electronic trigger system which you must remember to charge and now the electricity was finished. The shot which the athlete had was market zero, but after a shot charging the trigger started to work. After reparation Gomez showed how good shooter she is and made couple excellent hit, but they did not help France to the victory. Poland cleared the Bronze Match with result of 16-8.

The ISSF/ESC Secretary General Alexander Ratner declared the 50th 10m European Championship closed. In his speech Ratner thanked Wroclaw and Polish Shooting Sport Federation for Championship which was organized in an excellent skill.

«We would like to come here more often. Thank you for your great work. The next European Championship will be organized in France. We’ll meet in Chateauroux!», Secretary General Ratner finished his short speech and handed the ESC flag to the French team.

Video archive can be found here.