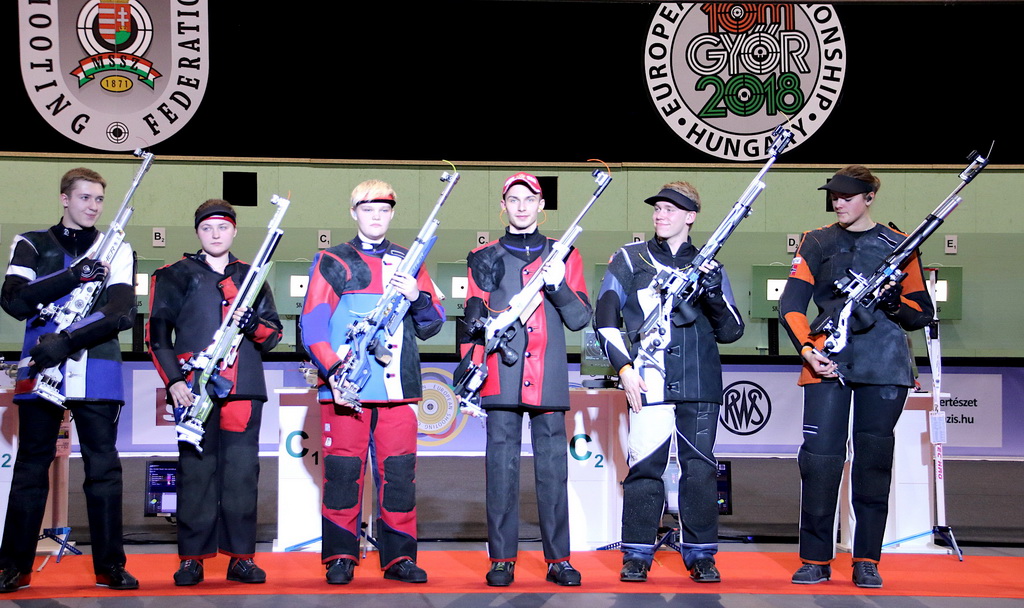 The Gold medal team Tatiana Kharkova/Grigorii Shamakov shot a new World and European Record which is now 498.4. They beat their team mates Daria Boldinova/Ilia Marsov with the difference 4.1 points.

36 mixed teams have competed for the title of European Champions.