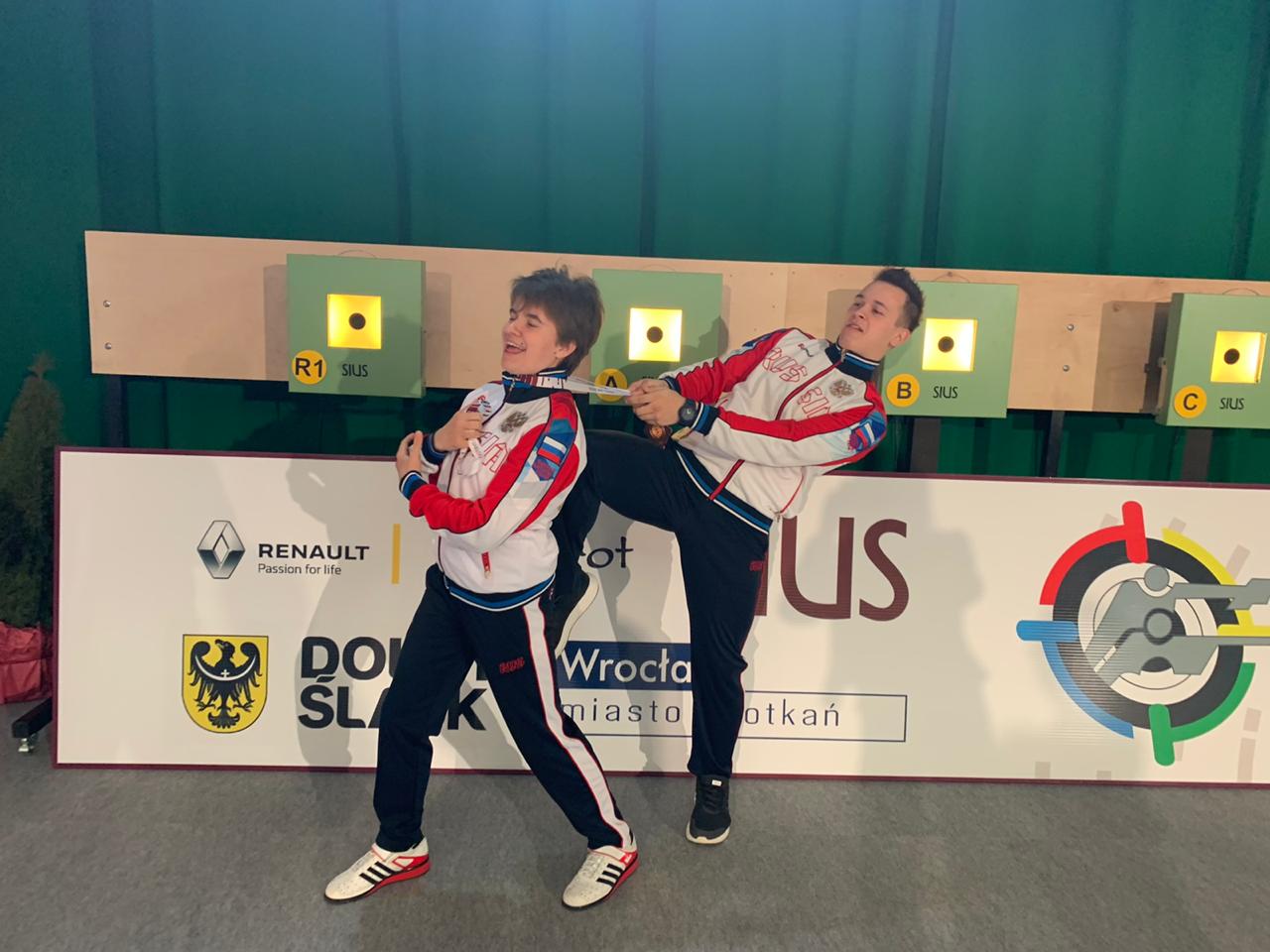 The best of the stage 2 was Russian Federation 2. The team consisted of Daria Sirotkina and Kirill Mikhailut. Their result was 386 and the team continued to the gold medal match. Second team who managed to reach the place for gold medal match was Italy 2: Brunella Aria and Matteo Mastrovalerio. Italy two shot result 382. Lithuania (Greta Rankelyte - Karol Belevic) with result 377 and Russian 1 (Nadezhda Koloda - Aleksandr Kondrashin) with result 376 were the lucky ones who reached to the bronze match.

In the Medal Matches Russian teams showed their skills and power by winning their matches. In the Gold Match Russian 2 (Daria Sirotkina – Kirill Mikhailuit) beat Italian 2 by 17-13 and was crowned as the European Champion. Italy got silver. In Bronze Match also Russian team 1 ruled and won Lithuania with the difference of 4 points with result 16-12. Strong start from Russian Federation!