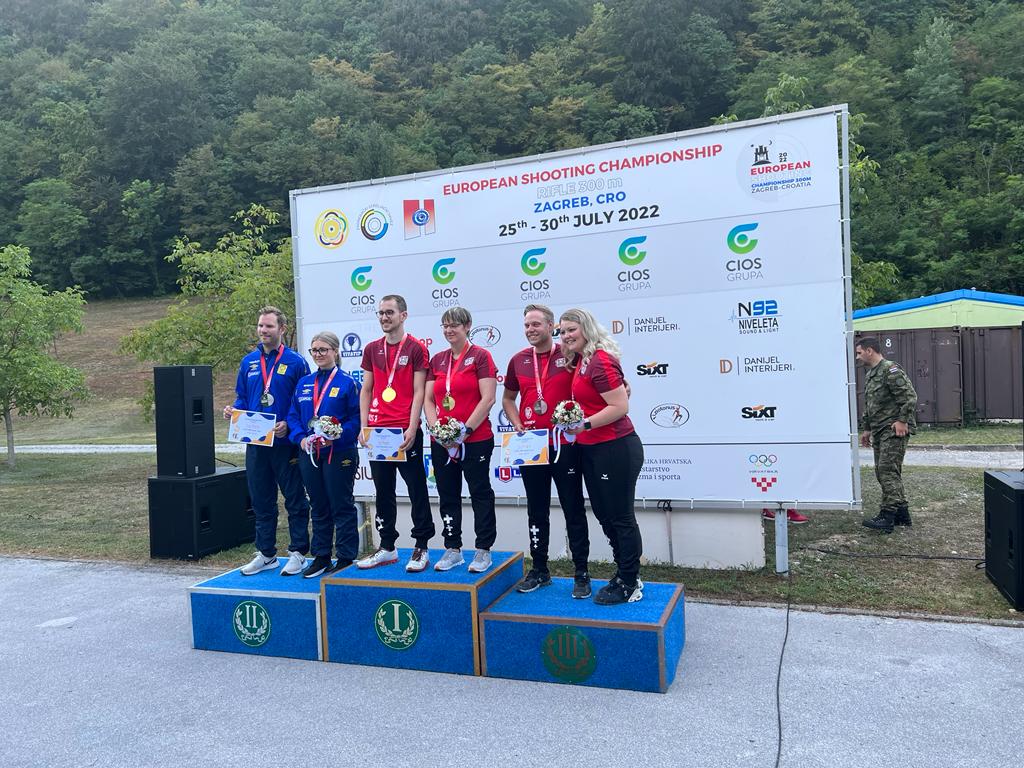 55 athletes from 14 countries are taking part in the 300m European Championship which takes place in Zagreb, Croatia.

Medals in the Rifle 3 Positions Mixed Team event were distributed today. In the Gold medal match the best were Gilles Dufaux and Silvia Guignard representing Switzerland Team 1 followed by Karl Olsson and Elin Ahlin from Sweden. Bronze has been acquired by Pascal Bachmann and Anja Senti representing Switzerland Team 2. They beat Robert Markoja and Urska Kuharic from Slovenia with a huge difference of 12 points.

Medals to the winners were presented by the ESC President Alexander Ratner.

So the letter S is celebrating all 4 places. Congratulations!