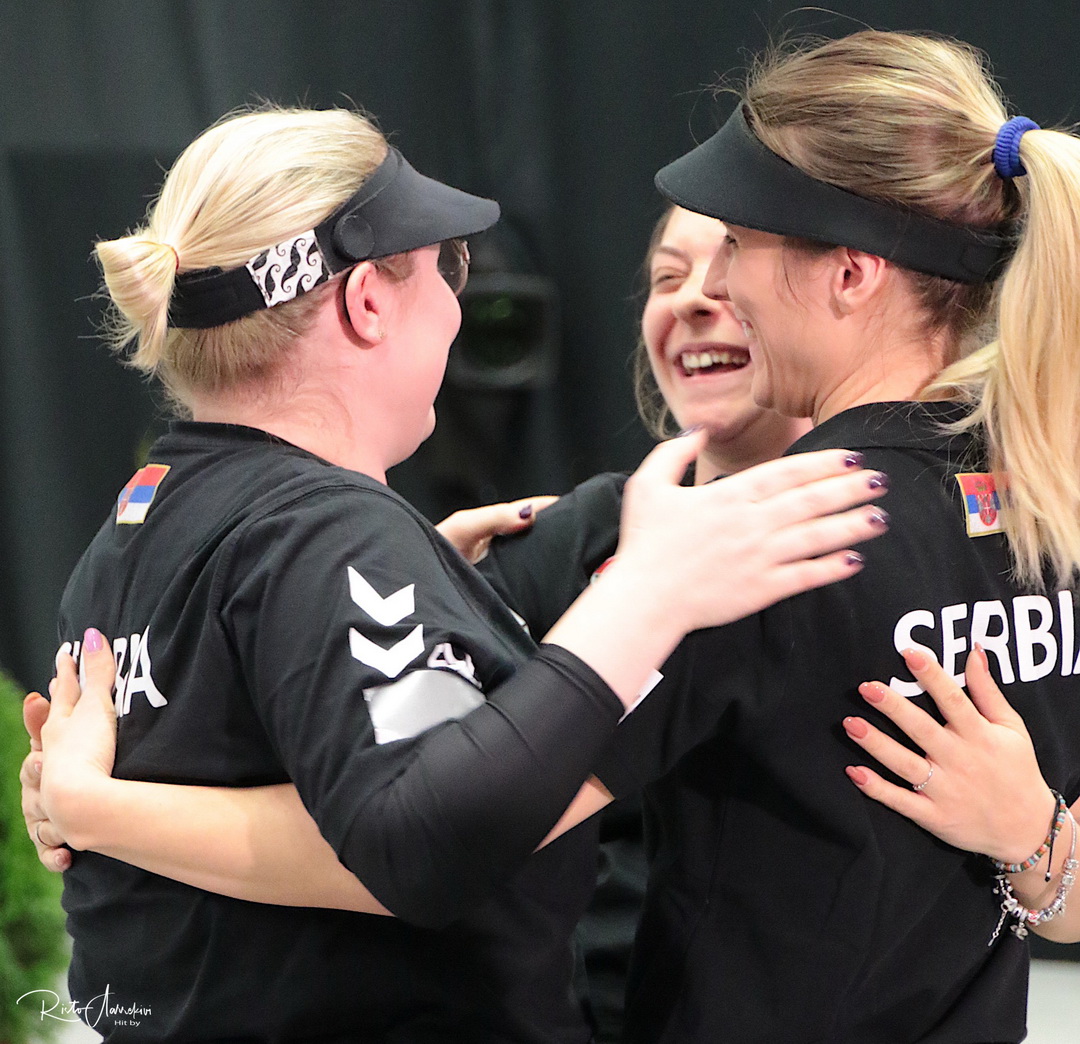 Last competition day in Wroclaw woke up sunny, but chili. The cold outside didn’t not disturb. It only woke us nicely. From the Qualification one eight best teams competed this noon from place to medal matches and finally from gold and honour. The athletes were ready and heated for the battle.

The best of the Air pistol Women Team in Qualification 2 and place into the Gold Match was Serbia (Zorana Arunovic, Jasmina Milovanovic and Bobana Momcilvic Velickovic) with result 574.

In the Gold Match of Women Poland started strongly and two first series. Then started the Serbian come to the victory fight. Poland fought well but when they got the match equal, Serbia ran away. Polish team tried to pass three four times without managing, but they did not manage. Serbia was better with result 16-12.

In bronze Match Germany rejoiced and won Italy quite clearly 17-11.

In the men’s team final met Russia and Italy. The lead was changing from team to the other until eight shots. Then the Red machine, like it is called the Russian Ice hockey team, warmed and put more power. It meant also important points, but Italy did not give up. Teams made excellent shot and even made three times the same scores. Italy game still once the same level 13-13, but the power did not slow down and Russian team won the last two important last shots. Match was over and this was for Artem Chernousov the third golden medal. The Russian team consisted of Artem Chernousov, Anton Aristarkhov and Andrei Chilikov.

In the Bronze Match German has to bent when Serbian team was stronger and won bronze with result 16-12.