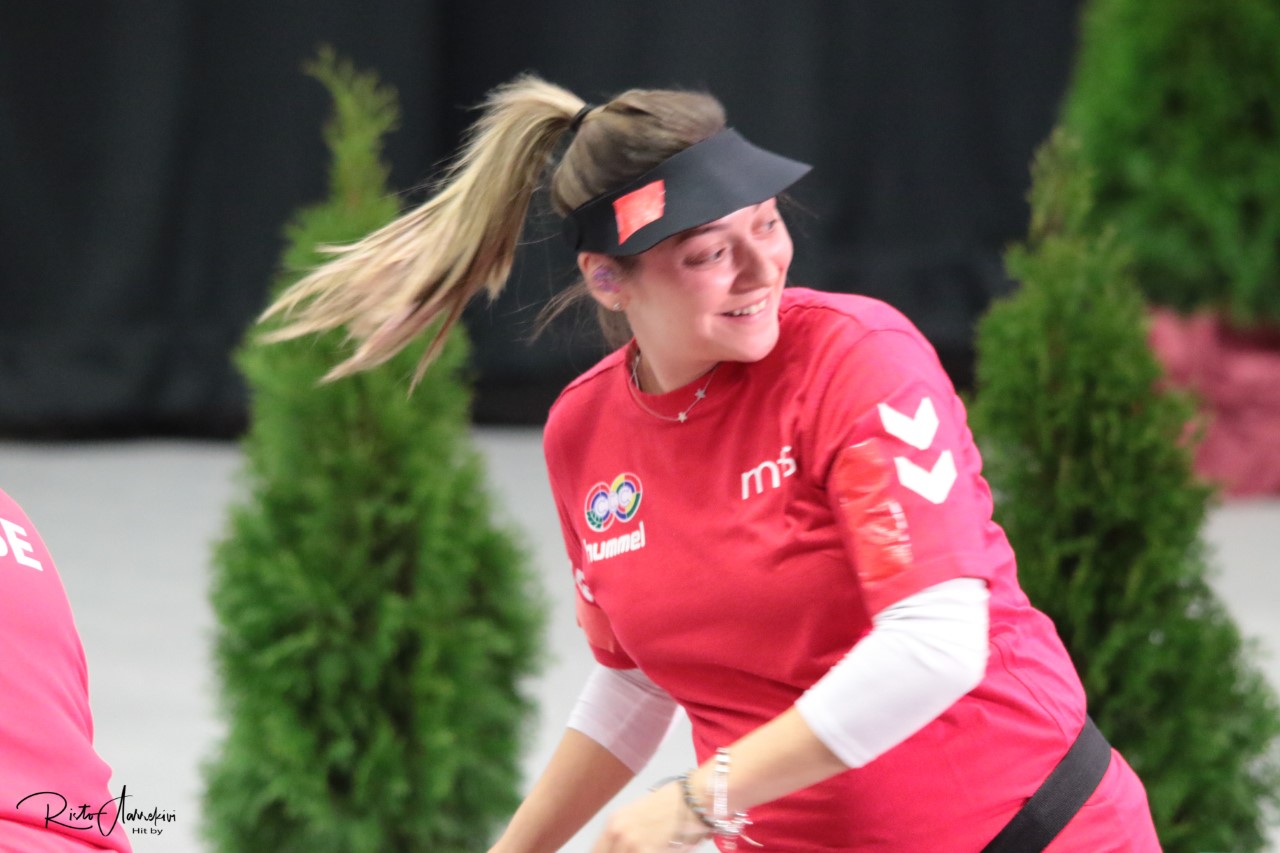 Women Pistol shooters started their competition with Air Pistol. Anna Korakaki from Greece was the best of the Qualification with result 581 and was the first to the final. Russian Vitalina Batsarashkina and Bulgarian Maria Grozdeva managed also well and shot 578 and they are seen in the final. Swiss Heidi Diethelm Gerber and Bulgarian Antonetta Boneva reached also final place with same 577 result. The last three final places won Serbian Bobana Momcilovic-Velickovic (575), French Celinen Goberville (575) and Austrian Sylvia Steiner (574, 18 inner tens).

They started with the lead of Russian Vitalina Batsarashina has leading after the first two five shots series. On the second position was Bulgarian Antonella Boneva. Then the Olympic Medalist moved to the lead after the two single shots(= after 12 shots)with the difference of 1.0 before Serbian Bobana Momcilovic-Velickovic. And this difference not at lot in pistol shooting. But then started the triumph of Serbian Bobana Momcilovic-Velickovic and she kept it into the end of the final. At the same time started Swiss Heid Diethelm-Gerber to climp upper by shooting some excellent hits and finally passed Korakaki and took the silver medal (232.7) which was her first European Championship medal. Bobana Momcilovic-Velickovic kept the other behind her and won the European Championship with result 236.4, silver to Switzerland and Anna Korakaki (CRE) did not give any chance to Batsarashkina to pass her and she took bronze. Medal anyway to Korakaki, but was it a curse of qualification winner again her destiny?

«Of course amazing feeling, this was fourth medal when I have been shooting in seniors. I have been made good training and I was quite sure that I can go the finals. Anyway the result level was not so high this time in the final. Perhaps new lights influenced a little to aiming. My start was at all good and I had to remind myself what I can do. Then the final started run better», explained the new European Champion who will have a baby boy in June this year. «I have managed to practiсe quite well and the baby boy has not disturb it. When he is born will tell her that Mom won European Championship when she was waiting him», laughed Bobana.

Warm congrats for the Championship and the baby boy!

The National Quota places for Tokyo Olympics shot Austrian Sylvia Steiner who was in the final seventh. The second quota travelled Bulgaria with Miroslava Mincheva who was 9th and the first who didn’t have shot quota before.

Artem Chernousov - one more merit to his carrier

Russian Artem Chernousov crowned again as the European Champion Wroclaw Poland. His way as Champion was not so easy as usual. He had a least three excellent challengers: Italian Paolo Monna, Turkish Ismail Keles and also Slovakian Juraj Tuzinsky.

Artem Chernousov could finally keep his title, but he had to work hard the final. During the final all Paolo Monna, Ismail Keles were on the lead. When athletes had shot 18 shots, Italian Paola Monna took the lead, but only with 1.4 difference. And that is not so much as in air rifle. Monna shot nice hits like 10.8, 10.7, 10.3, etc and it looked that it is now Chernousov’s turn to have the curse of Qualification winner.

But it is said that “the exception confirms the rule”. Artem Chernousov show again, how great master he is to concentrate in the most important place. Two last shots: 10.5 and 10.2 instead of Monna’s 9.1 and 9.8. The victory result was 241.2. Silver to Paolo Monna (239.6) and bronze to Ismail Keles.

The World Ranking #1 was again the best and knew European Champion!