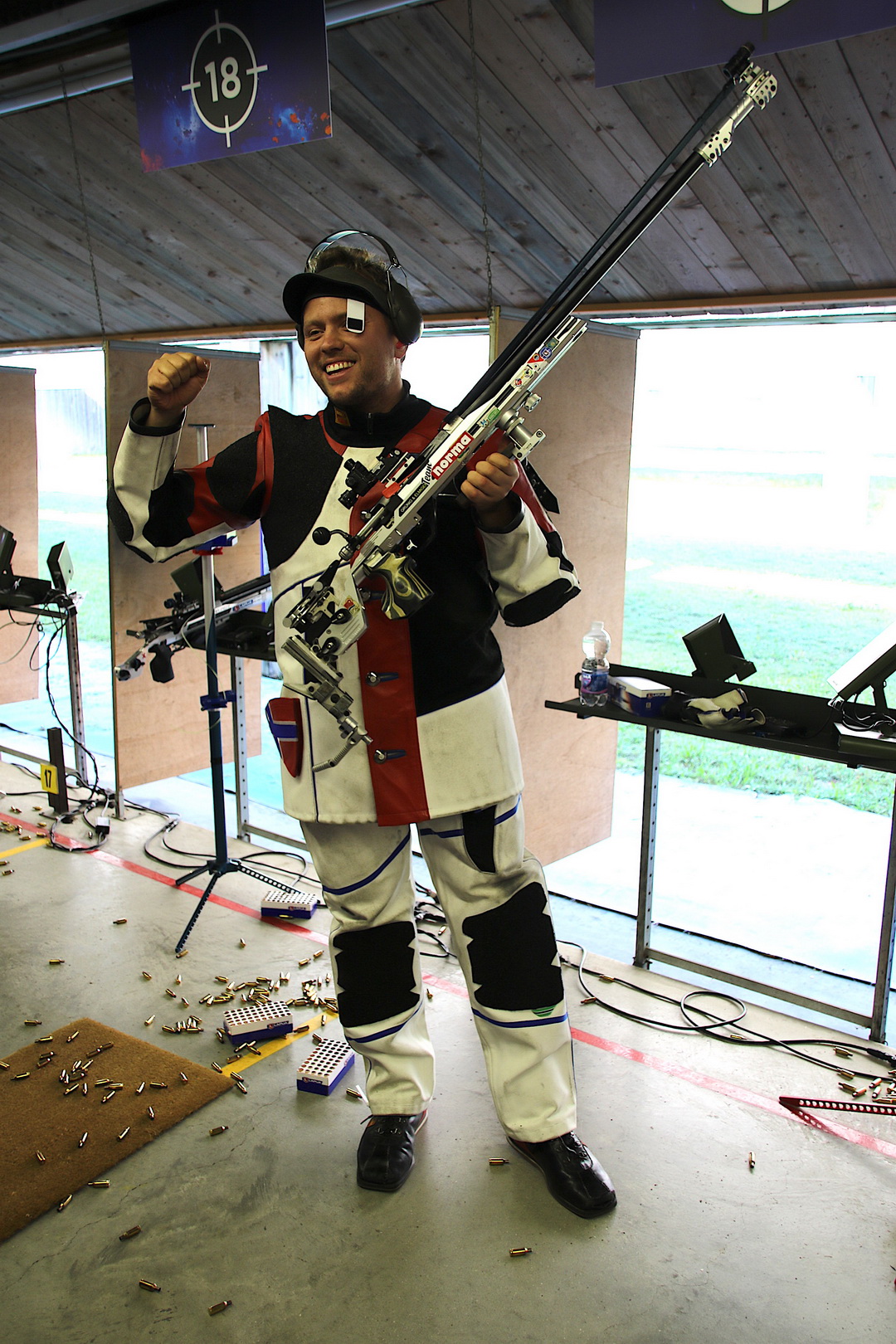 After the yesterdays vaulting elimination everybody waited the 300m Rifle 3 position competition today. When yesterday ten male athletes broke or equaled the old world record, it was a great reason to wait an exciting competition.

Simon Claussen was crowned the king of 300m Rifle 3 Positions Men after a hard competing. Finally he was superior by winning the Championship with the difference of three points. He made also made 64 inner tens. His kneeling was 398, prone full score 400 and Standing 388. Claussen had to concentrate to the last shot a long time before he made the hit.

"Last shot is always difficult. This time even more difficult while I had made couple of shots before bad hits (8 and 9) and I was angry for myself. I thought that I lost the game for those hits while I didn’t have any idea of the situation. I have to breathe long time so that I got my pulse down", explained Claussen.

His season has been excellent so far and from this Championship he has eight medal with him.

"This season has been absolutely fantastic; three times in World Cup finals, finals in the 50m Rifle event plus these 300m too. Well, I have now eight Championship medals from here. That is fantastic", explained Norwegian Simon Claussen.

It was a hard battle behind Claussen from the other podium places while Bernhard Pickl (AUT) and Peter Sidi (HUN) had finished their competition with the same result 1183. Pickl won the silver with 55 inner tens instead of Sidi’s 42 inner tens.

Behind the medalists in the ranking list there were also five men still that shot better than 1179!

The level of 300m Rifle Men is absolutely high.