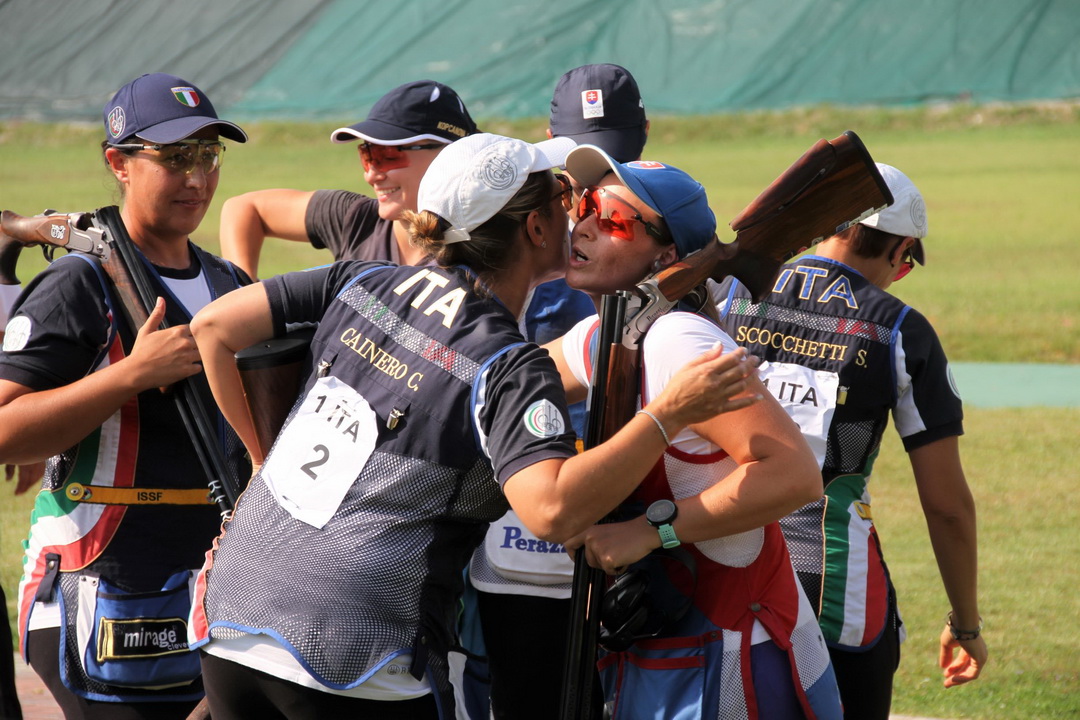 Four gold medal matches in Skeet Team finals and three nations won the gold medal. They were Czech Republic with two golds, and Italy and Slovakia, both one.

Sunday was the second last day of memorable and exciting the European Championship Shotgun. It was a day of the Skeet Team finals (QF-SF-MM).

In each stage was shot a round of 20 targets (each team total of 60 targets). A total of nine nations were represented in the Skeet Medal Matches.

Czech Republic took the European Championship after hitting 58 targets. France lost by 5 points, finishing with the result of 53, and they got the silver medal. After 30 targets the score was for Czech Republic 29-27, and when 48 targets were shot, Czech Republic was leading by three points.

Cyprus and Denmark were in the bronze medal match. The result was 55-52, for Cyprus, who took the third place, and Denmark finished the fourth.

Italy and Slovakia met in the gold medal match. The score was 39-39 after 42 targets. Six targets more and the score was 44-43 for Slovakia. But Italy did not give up. They finished well and won the European Championship with a result of 55-52.

It was a close match between Russia and Czech Republic in the bronze medal game. Russia won by three points (52-49).

Cyprus and Great Britain were in the bronze medal match. Cyprus had a solid lead through the match, and after 60 targets the score was 53-49.

Slovakia beat Russia in the gold medal match by six points. The result was 51-45. The match started as a close game (11-11), but after 30 targets Slovakia was leading by 7 points and by 8 points after 42 targets.

The ECH in Lonato finishes on Monday with the competition of Skeet Mixed Team (M-W-MJ-WJ).