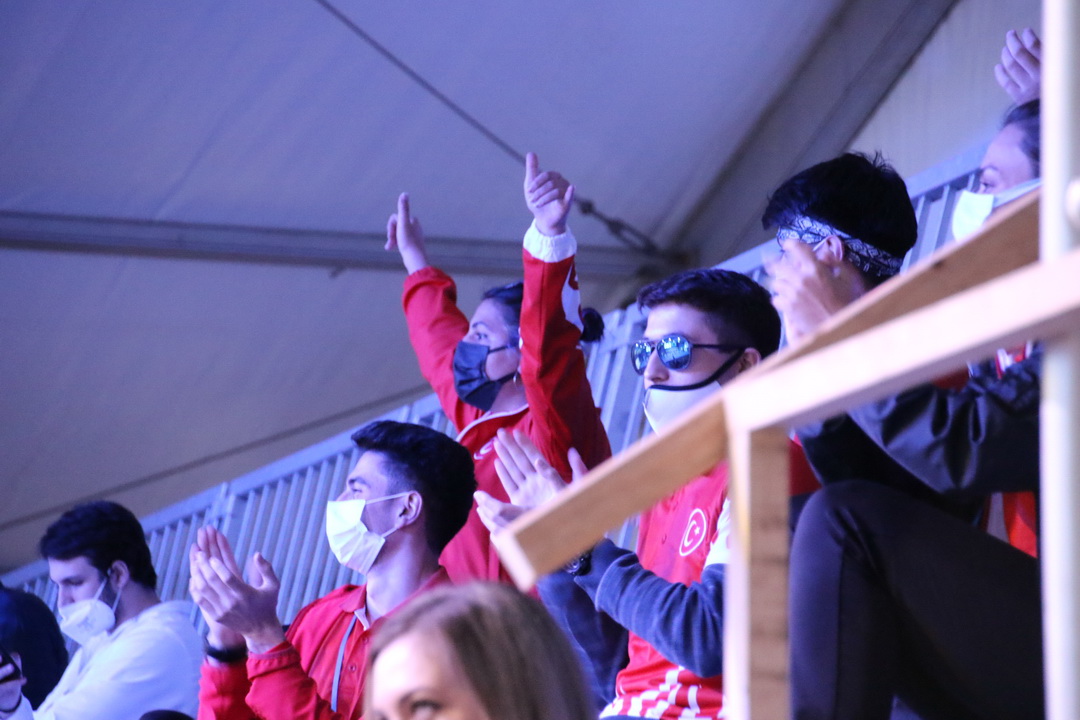 The Air Rifle Men Junior Team Final was full of excitement from the beginning of the Gold Match. The team consist of three athletes. The winner is who first can have 16 points. Who wins the round, will have two points.

The beginning of the Air Rifle Men Junior Team started under the pressure of Spanish team, but it lasted short time. Then Russia took the lead but Spain did not give up, they took even the top place, but when Russia moved to lead again (12-10) took Spain a time out. It helped and soon the situation was 14-14.

The last hits solved the situation while Russian team made 30.9 and the answer of Spanish team was not enough high (29.3).

Russian team was also the best in Air Rifle Women Junior Team event. The team consisted of Aigul Khabibullina, Violetta Odineva and Alina Khizbullina. They were even very superior and ruled the whole match from the beginning to the end. Spain did not have real chances to win. Russian team won with superior numbers 17-3.

In Bronze match Hungary beat Austria nearly as clear as Russia. The victory result of the Bronze for Hungary 17-5.

Belarus and Ukraine competed for Gold and European Championship in the Air Pistol Men Junior Team event. Belarus ruled the match and won clearly gold before Ukraine, who did not have real chances to pass Belarusian team. The final numbers were 16-8 for Belarus. The team consisted of Ivan Kazan, Uladzizlau Dzemesh and Mikita Kavalionak.

The Bronze match between Italy and Slovakia was much tighter than the Gold match. Slovakia was finally the winner of Bronze with result 16-12.

Hungary made a real drama

Hungary won six rounds and the situation was quickly 12-14 for Hungary. Next shot and Russian team won it 14-14. The following hits would tell the winner. Hungary made result 29.0, but Russia only 24.9. That result included one 5.4 hit!

Hungary surprised everyone and won the Bronze.

Italian team and Turkish team competed in the Gold match. The match was tight but Italy won important points in the middle of the match and it was leading 12-6. Team Turkey used their time out and it helped and situation was quickly 12-10. Turkey tried to pass but did not manage to win. Italy won Gold finally with result 16-12. The Italian team consisted of Brunella Aria, Alessandra Fait and Margherita Veccara.