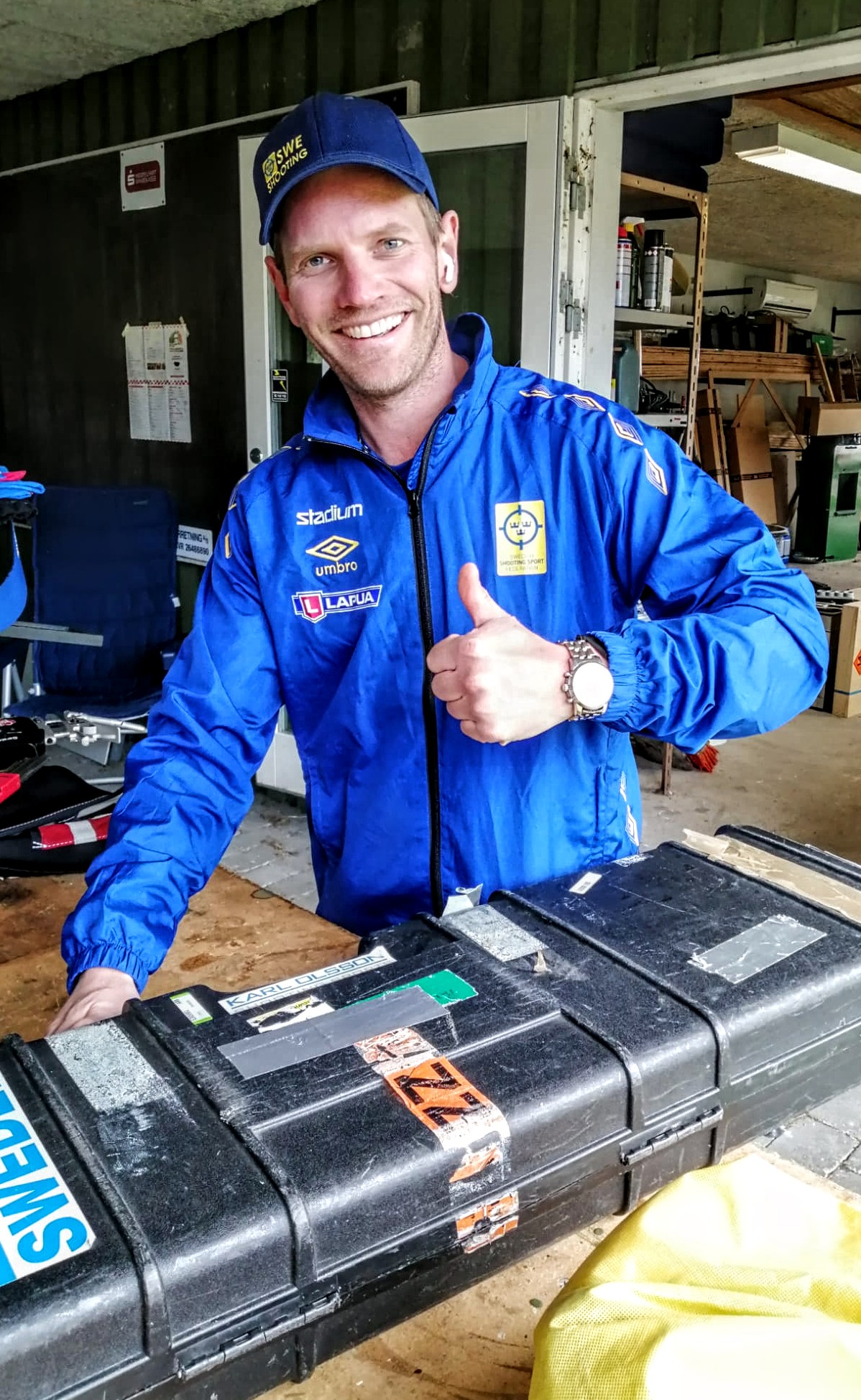 Karl Olsson was leading after the kneeling with result 397. On the second place was Slovenian Rajmond Debevec (395) who had to make yesterday a journey to Germany while he had forgotten some equipment there.

After prone position the competition was tie with Debevec and Olsson. Debevec. Debevec made 399 and Olsson 397. Fnnish Aleksi Leppa shot fine too, his result was also 399 and he was fourth after Swiss Dufaux and just four points behind leaders.

In standing position would decide the whole competition and it was very tight when Finnish Aleksi Leppä started his run to top. His first standing series was 98, second 97 and third 96. His last series was excellent 99 and the total result 1180. The run did unfortunately didn’t reach enough while Olsson was leading Leppa with four points after prone and now he made 387. The total was 1181 and gold for Karl Olsson (SWE).

Rajmond Debevec could not keep the medal positions, while he shot only 378 and his total result was 1172 and he dropped on the seventh place.

- Small things, they solved the victory and Karl managed them better, congratulated Leppa the winner Olsson.