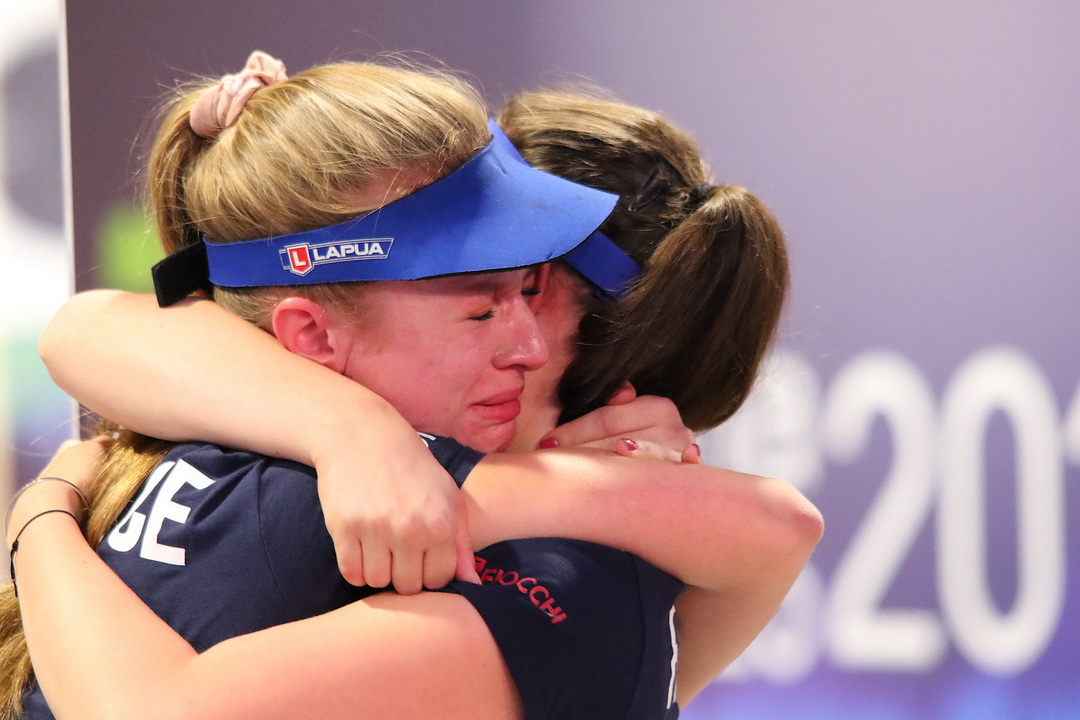 The Pistol events started also in Bologna yesterday (Saturday) with 25m Pistol Women Junior. The athletes shot first the Qualification: On Saturday the athletes shot the precision stage and today (Sunday) the Rapid Fire stage and eight best reached their place to the final.

French Camille showed her excellent skills and concentration by winning the 25m Pistol Junior Women. Her engine started slowly and her teammate Annabelle Pioch was top on the ranking during the finals first half. Camille realized the reason.

"I forget to concentrate on my trigger. When I realized that I started to think about it and contrate to it. The rest was like in flow", explained the happy European Champion tears of joy in her eyes.

When the last shot was done, the both French watched each other and then the tears started fall down on the cheek of Camille. That moment both athletes will remember long time.

Camille’s victory result was 31 and she won her team mate Annabelle Pioch with 3 point. The bronze medallist was Italian Margherita Veccaro (22).

The final was exciting and excellent view of shooting sport while there were even 3 shoot offs.

France celebrated also the victory of team competition with result 1723. The team consisted of Camille Jedrzejewski (583), Annabelle Pioch (572) and Kateline Nicolas (568). Second was Italy (1706) and third position on podium reached the Russian Federation.