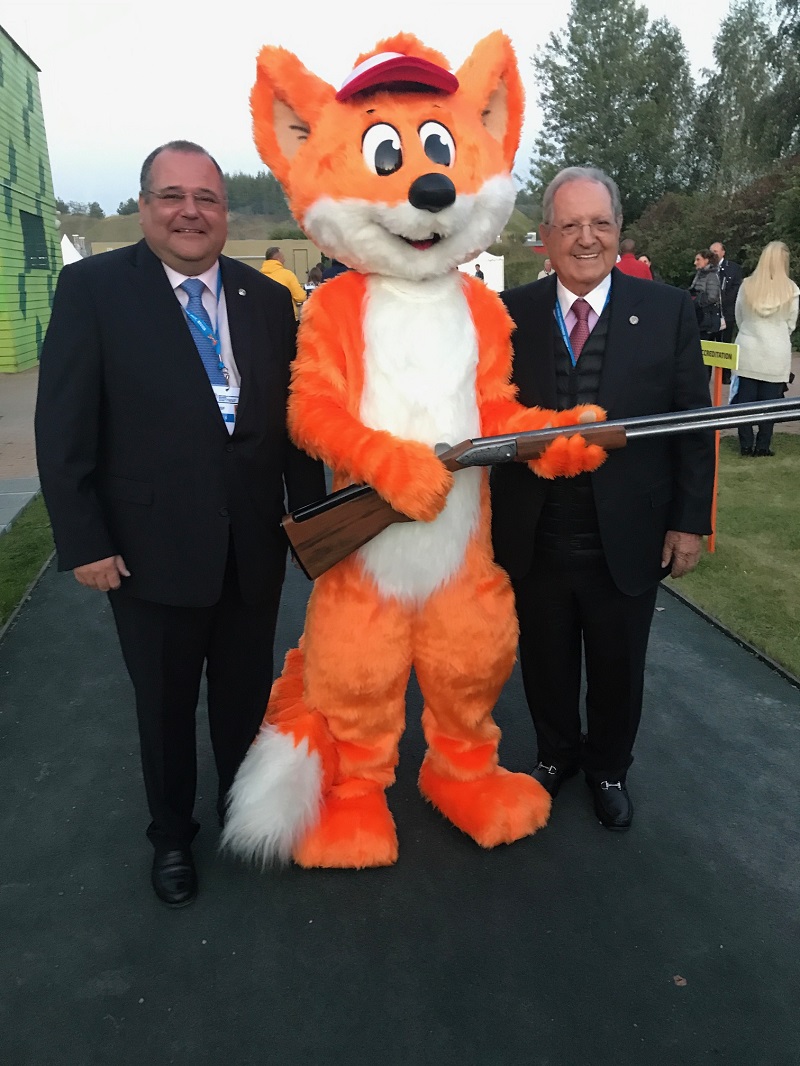 640 athletes from 76 countries are participating in the 2017 ISSF World Championship Shotgun that is taking place at the ranges of the Foxlodge shooting complex in Moscow Region, Russia.

After the colorful Opening Ceremony the competitions started. The European shooters were quite successful in Trap. Maria Lucia Palmitessa from Italy won the gold among Women Junior. The silver in this event went to Iulia Saveleva from Russia, the bronze – to Diana Ghilarducci also from Italy.

The French athlete Clement Bourgue won the Trap Men Junior event. He was followed by Matteo Marongiu from Italy and Jack Wallace from Australia.

The 2012 Olympic Champion Jessica Rossi from Italy was on top of the podium in Trap Women. Zuzana Rehak-Štefančíková from Slovakia won the bronze medal. The silver went to 2016 Olympic Champion Catherine Skinner from Australia.

In Men’s events the winner was Daniele Resca from Italy, the runner-up – Edward Ling from Great Britain and the bronze medal went to Jiri Liptak from Slovakia.

The Spanish duo Beatriz Martinez and Antonio Bailon won the silver medals in Trap Mixed Team event that made its debut at the World Championships. In the Gold Match they lost only one target to the Australians Penny Smith and Derek Grice.

The Double Trap Men Junior competitions were won by James Dedman from Great Britain while the local shooter Vitaly Fokeev crowned himself as the World Champion in Double Trap Men.

The 2017 ISSF World Championship Shotgun will continue with Skeet events.