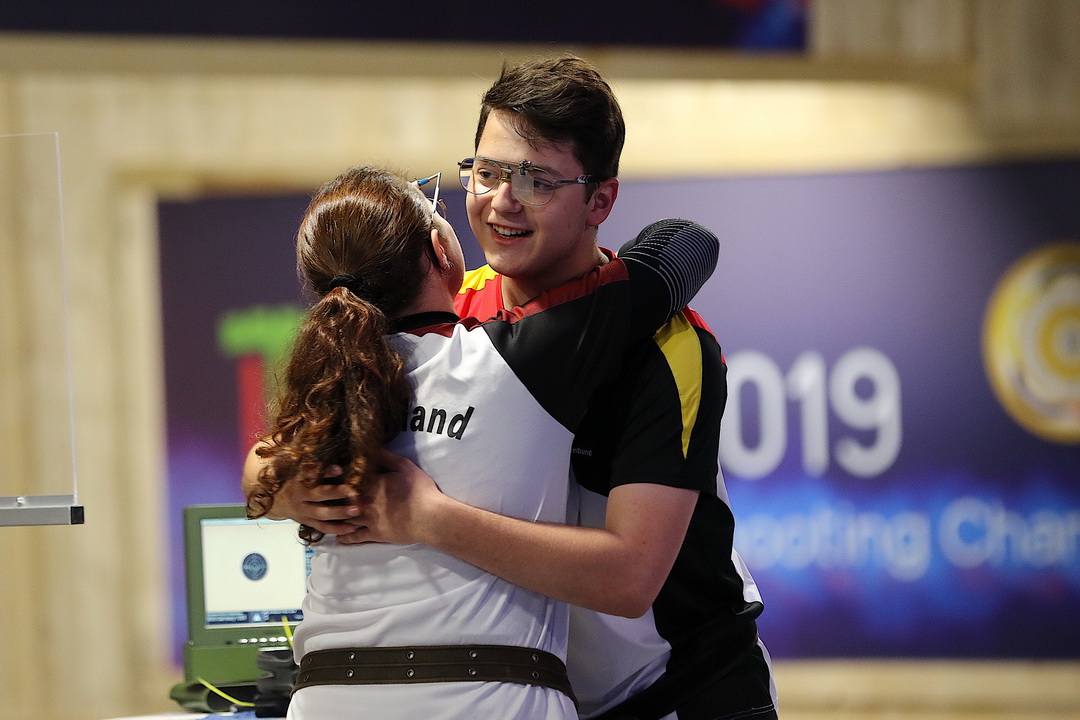 The 25m Standard Pistol Mixed Team Junior competition was a great show where German Vanessa Seeger and Florian Peter acted the main roles. We nearly can say that the others were in side roles in this competition.

Seeger and Peter made nice performance from the qualification until to the end of the final. They were best in the qualification, best in semi-finals and finally best in the final. The German 1 team won all possible stages. In the final they started with result 191.3 and they were winning that. Second series 186.3 - best result again. Then the last series against Team Italy, their result 187.3 and Italy 185.6. We can say fair that their performance was superior.

So, the silver was won by the Italian team Marherita Veccaro and Federico Maldini, bronze travelled to Ukraine with Mariia Solomiia-Vozniak and Yuriy Kolesnyk.