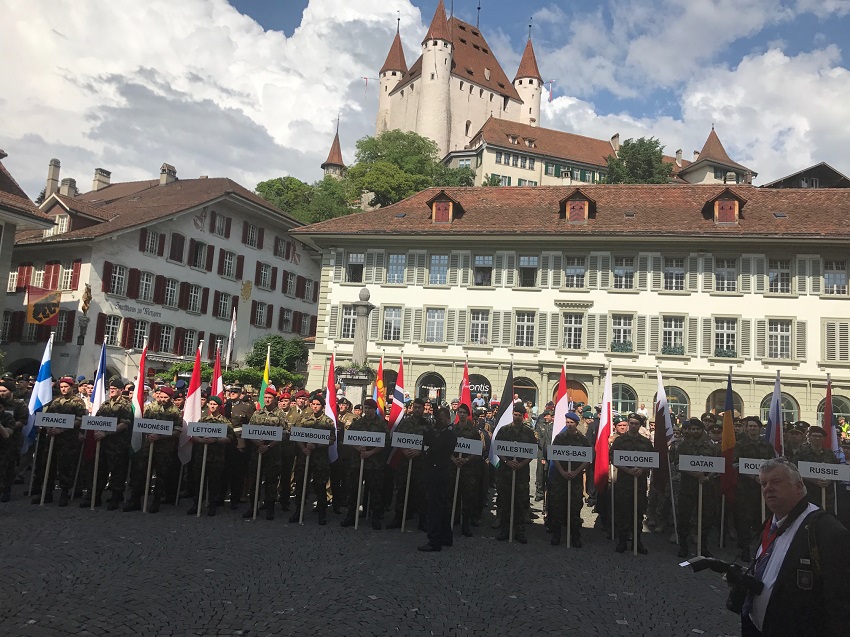 The 50-th Shooting World Championship of the International Council of Military Sports (CISM) has been opened on Wednesday, May 30, in the city of Thun, Switzerland.

More than 350 athletes from 48 nations are taking part in the competitions that will last till June 5. They will dispute medals in 25, 50 and 300m Rifle/Pistol events.

The Opening took place at the Rathausplatz in presence of many VIP guests and the citizens of Thun.

The Olympic shooting was represented at the ceremony by Vladimir Lisin, the ISSF Vice-President and the ESC President.