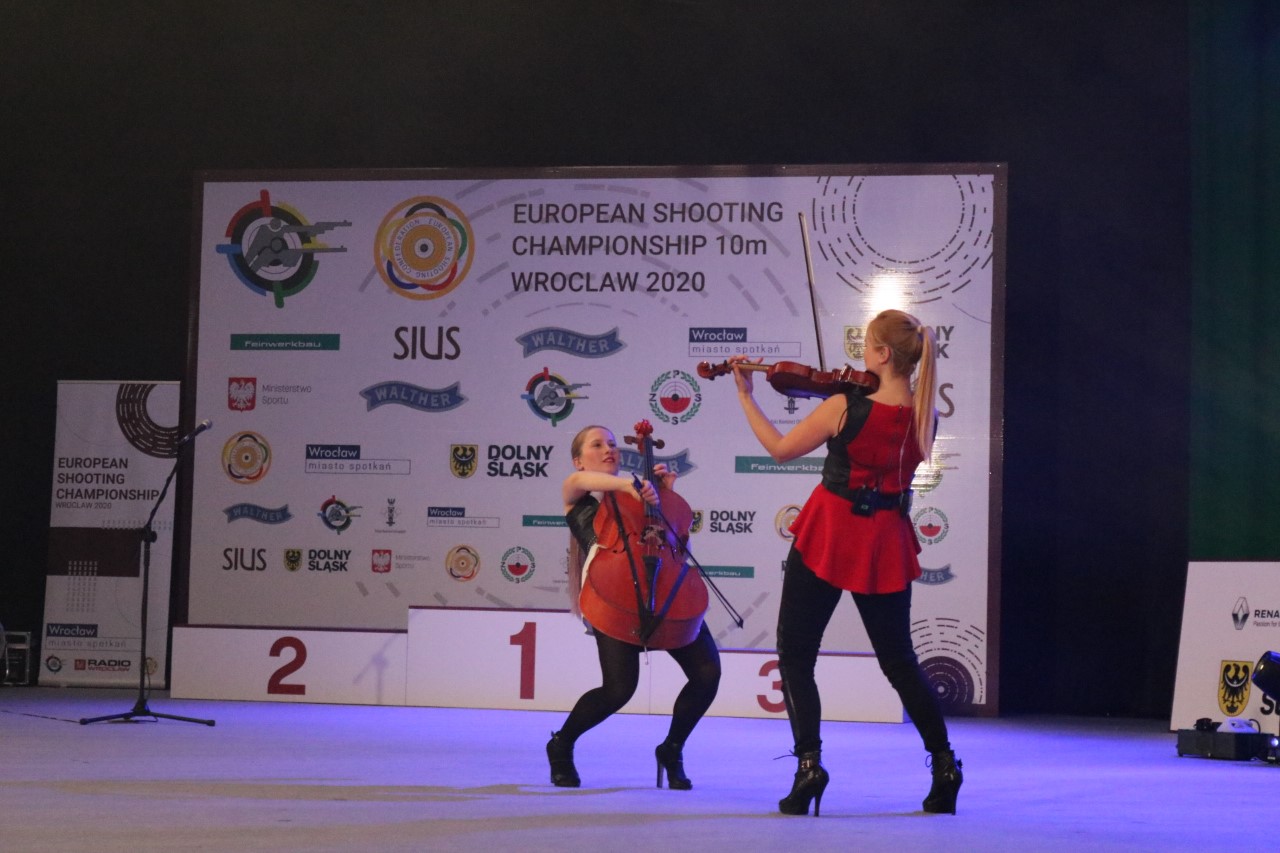 The Opening Ceremony of the 50th European Championship 10m was organised in Wrocław yesterday evening at Congress Center where the Championship also takes place.

The President of the Polish Shooting Federation Tomasz Kwiecien welcomed all athletes, jury members, sponsors, volunteers and spectators welcome. Michał Bobowiec, member of the Board of the Lower Silesian Voivodship responsible for sport, culture and tourism of the region welcomed athletes in behalf of Polish local government.

Wishes of the best results for all competitors were extended by Polish Ministry of Sport – Danuta Dmowska-Andrzejuk. The Championships were inaugurated by Vladimir Lisin, President of European Shooting Federation.

The ESC President Vladimir Lisin declared the 50th European Championship 10m opened and mentioned that ESC would like to be here more often in Wrocław and in Poland. He also wished good luck and good results for all athletes and thanked the Organising Committee for the great work of the success of this 50th Jubilee.

There were seen many Polish honorary guests among the VIPs e.g. Pawel Nowicki from the Polish Olympic Committee, Marian Dymalski, Vice-President of the International University Sports Federation.

After the formal part of the ceremony the female string duo made an energetic performance of “Need for Strings”. They played rock music and some old classics in the rock style and it rocked everyone gathered in the hall!

All the final events will be seen by the video streaming on ESC web and the main events are also sent by the EBU satellite. The last competition day is Sunday, 1st of March.