The Air Rifle women was the triumph of Snježana Pejčić 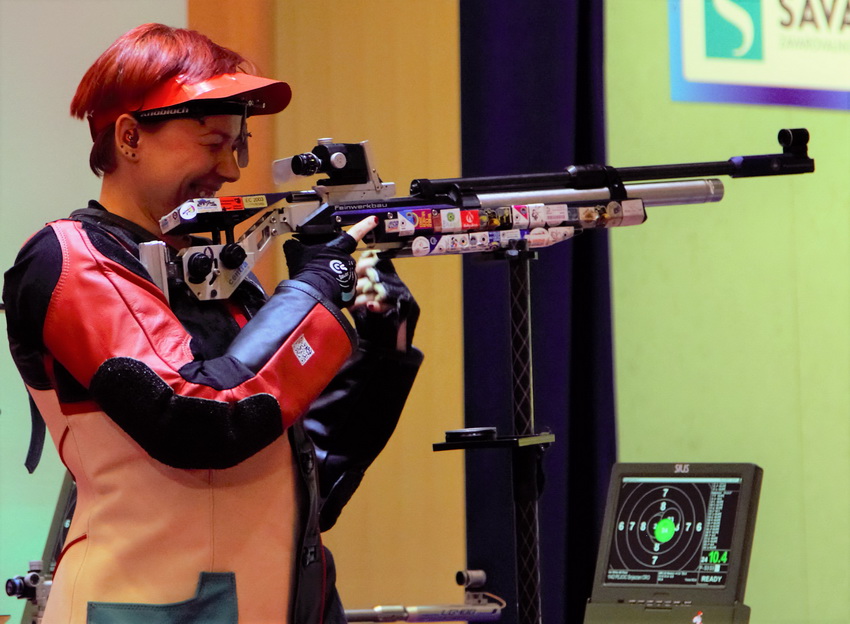 Air Rifle Women final was absolutely triumphing of Croatian Snježana Pejčić. She was second after 5 first shots, but only 0,1 point behind leading Russian Yulia Karimova. After that she took the driver’s place in to the end of the whole Finals. The winning result was 249.1, which is also a new European Record.

The Gold winner has grown up

«I’m so-so-so happy after these Finals. I had a rough patch with European Championships since 2009 or 2010 so I finally achieved a good result and I’m very happy. It’s getting harder every year shooting with air rifles for me and I was struggling with it until this Championship. Now I wish everything has settle down and I have grown up and get a little bit older», described her feeling new European Champion.

The winner of silver medal was Stine Nielsen from Denmark with the result of 247.8. Bronze medal winner was Daria Vdovina from Russian Federation.

The team of the Russian Federation (1251.5) dominated in team competition and won the European Championship with the difference of 6.2 ahead of Croatia (1245.3). Bronze medal team was Czech Republic with the result of 1244,2. The Russian team consisted of Anastasiia Galashina, Ylia Karimova and Daria Dvovina.