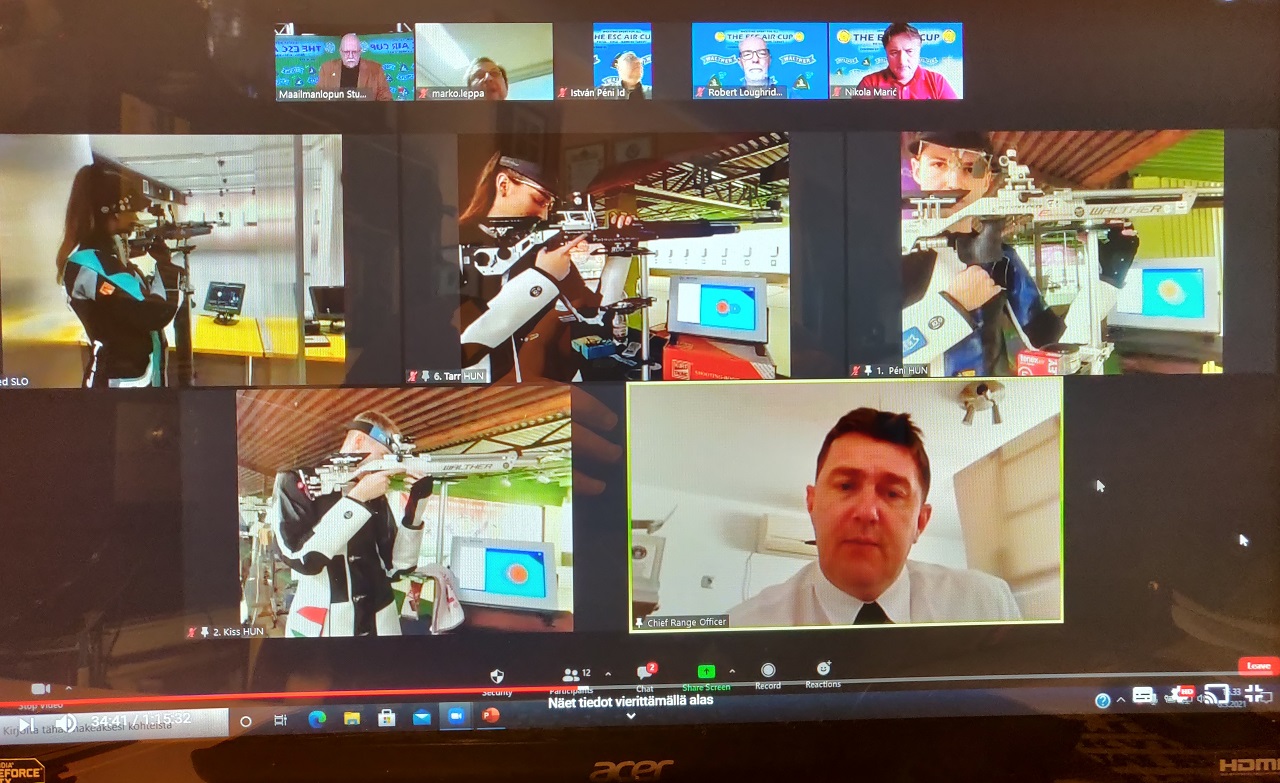 The Shooting season has finally started with the ISSF World Cup in India. It has been a great pleasure to follow the Live Broadcastings on web. At the same time, the ESC Air Cup powered by Walther and Capapie has continued too. The club shooters have recorded more and more results to the ESC Air Cup Result web (http://www.escaircup.eu/).

The shooting ranges are unfortunately still closed in many countries and the athletes e.g. in France it was not possible to compete but the Air Cup is still living and acting strongly. People have given very positive feedback of the ESC Air Cup powered by Walther and Capapie. They have also been very thankful for recognising the awards, which Walther and Capapie has promised to the winners and finalists.

The ESC Technical Committee has followed the pandemic situation carefully and it has kept the monthly results open longer, so that as many athletes as possible could add their results longer due to the difficult situation all over the Europe! The Qualification rounds were planned to finish in March.

Natalia Paderina (KSSHOR Izhevsk – RUS) is on the top of Air Pistol Women with result 2297. The lowest finalist result is now 2211. In Air Pistol Men, Stanislav SIlaev (SHVSM St.Peterburg – RUS)) is leading (2312) and the final limit is at the moment 2281.

In Air Rifle Women, German Michaela Koegel (Voehringen – GER) keeps the top position with 2525.1 result and last (8th) result which could reach the Super Final is 2498.8 at the moment. In Men’s side Florian Krumm (Voehringen - GER) is leading and the lowest finalist result is 2479.3 at the moment.

RT Ville Puhakka (HAS -FIN) is leading the Running Target with result 2253.

The ESC Air Cup Super Final has been planned to compete on the 9th -10th October 2021. The Super Final will be competed over the Internet.

Four best results from five will be counted from each athlete and the eight best athletes of the Air Pistol and Air Rifle ranking will be invited to the Super Final in October.