THE ESC TECHNICAL COMMITTEE HELD A MEETING IN PARIS 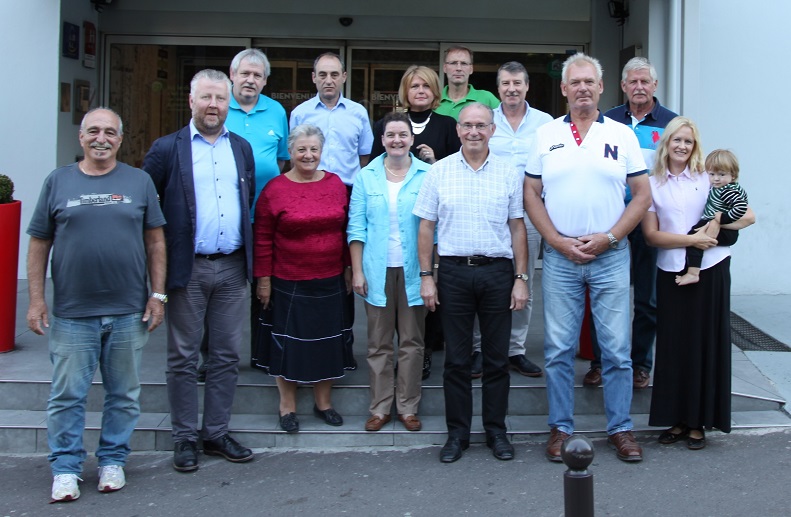 Upon invitation of the French Shooting Federation the ESC Technical Committee held a meeting in Paris.

Its members not only revised the schedule of the European Cups in different disciplines for 2014 and 2015 but also discussed many interesting ideas aimed to make the shooting sport more popular and attractive. One of them came from the ESC President who would like to initiate organization of team competitions as real competitions instead of the existing format where the ranking is determined by mathematical calculation of individual results. In Pistol and Rifle, for example, the goal is to have separate team competitions already in the program of the 2016 European Championship 10m.

Participants of the meeting were welcomed by Mr. Bruno Valluet, Secretary General of the French Shooting Federation, who gave an overview of the progress on construction of the big Shooting sport centre in Chateauroux, 250 km from Paris, that should be opened in June of 2016. Members of the ESC Technical Committee were informed by Mr. Alexander Ratner, ESC Secretary General, about preparations to the Shooting competitions within the program of the 2015 European Games in Baku, Azerbaijan.

Members of the Shotgun discipline group, for example, came with proposals of certain amendments to the Rules and Regulations that should allow avoiding incidents and mistakes during the official European competitions. They expressed an intention to revive the European Shotgun Cup. The plan is to organize all over Europe separate tournaments in Trap, Skeet and Double Trap that can attract big number of shooters.

Members of the Pistol and Rifle discipline groups were also focused on finding ways how to involve in shooting sport as many people as possible. One of the ideas is to start the ESC 10m OPEN FOR ALL CUP with participants of different age groups taking part in all kind of official competitions with the results sent to the ESC where the general ranking list will be established and supervised.

Members of the Running Target Discipline group were trying to find new formats of the competitions that could help to increase the number of participants.

Mme Ghislaine Briez, Chairwoman of the Technical Committee, is now to accumulate all the proposals and to obtain their approval by the ESC Presidium.