THE EUROPEAN CHAMPIONSHIP JUNIOR PISTOL AND RIFLE WAS OPENED IN TALLINN 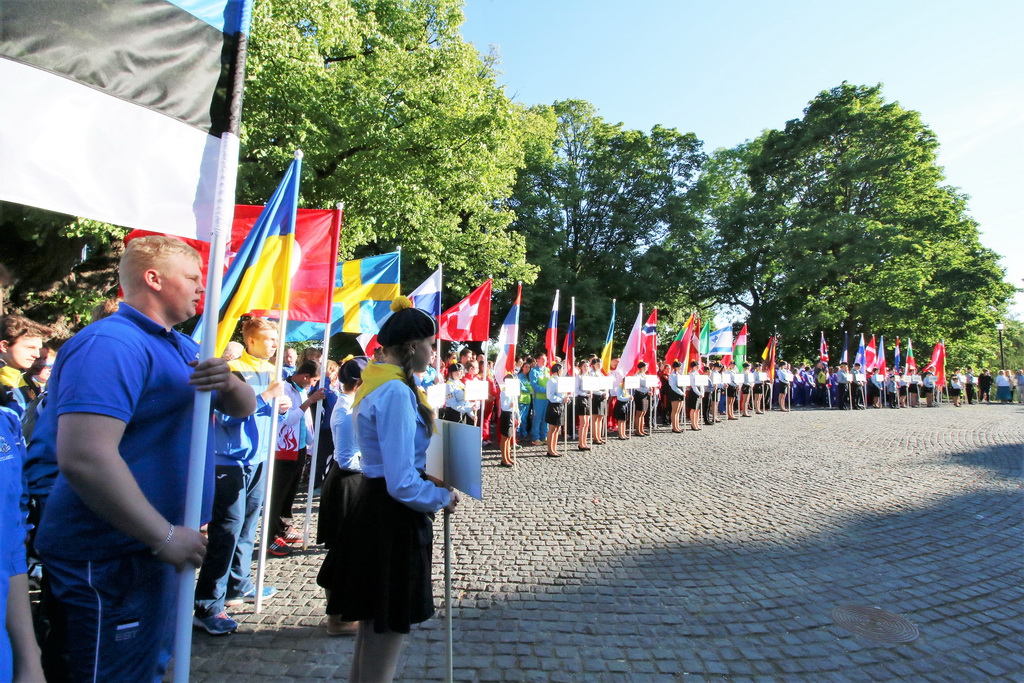 The Opening Ceremony was organised on the 13th of June at Marjumäki Hill in the very city centre of Estonian capital Tallinn. It is the fourth time in the history of European shooting when Tallinn is hosting the continental Championship. Exactly – twenty years ago, in 1996, it was a Shotgun Championship. In 1998 and 2005 Estonia welcomed the best air weapon shooters. Now it is turn of our Pistol and Rifle hopes. They will compete at the brand new Männiku shooting range.

“For many young shooters this Championship is a start of competing on high international level. And we hope to see most of them among participants of the major events during the next Olympic cycle. The 2020 Olympic Games in Tokyo are only four years away. And time is running out very fast”, reminded ESC President Mr. Vladimir Lisin. “I want to thank the Estonian Government, The Ministry of Culture, the National Olympic Committee, The Estonian Shooting Sport Federation, the Organizing Committee, all those who contributed to the high quality preparation for the Championship. I wish good luck to all the participants of the competitions and declare the 2016 European Championship Juniors in Tallinn open”, thanked the ESC President declaring the Championship open.

The Opening Ceremony started with speech of Minister of Defence Hanes Hanso. The Championship will be organized in the military shooting range owned by the Eestilaskuriik. Mr. Hanso mentioned that this is the first time ever such facilities that Estonia is able to organise championship in this scale.

“In spite of Estonia is a small country but we are possessing a rich history of shooting sport; Estonia won the holy grail of shooting sport, the Argentine Cup, in 1937 and 1939 after that we have had also success”, reminded Mr. Hanso. “I wish that you enjoy your stay. Estonia is very nice and open country, I wish that beside the sport and competition young athletes would also build up new relationships and new friends. I don’t know what people wish to the sport shooters, but I wish you steady hand, sharp eye and please take with you the best memories of this staying in Estonia”, said the minister Hanso in his greeting speech.

The greeting of the Olympic family brought the President of the Estonian Olympic Committee, Mr. Urmas Söörumaa.

“I thank you for coming here and trying to do the maximum results. We start now a new chapter of the Estonian shooting history. We are proud of new facilities, shooting gallery in Männiku where we can make trainings and organise championships. I would like that all you who have worked and used energy and passion to get this project in reality. I warmly welcome all 236 athletes and over 90 coaches to our country. I thank you also for giving your hearth for shooting sport and also for Olympic sport”, thanked the Olympic Committee President all participants in his greeting.

At the Opening Ceremony the flag of the European Shooting Confederation has been hoisted by Peeter Olesk, a holder of the quota place for Rio Olympics. He is a Rapid Fire Pistol shooter.

The first competition in Männiku takes place on June 14, and the first event is the 25m Pistol Men Junior. The last competition day is the June 18.