The European Shotgun Championship has been opened 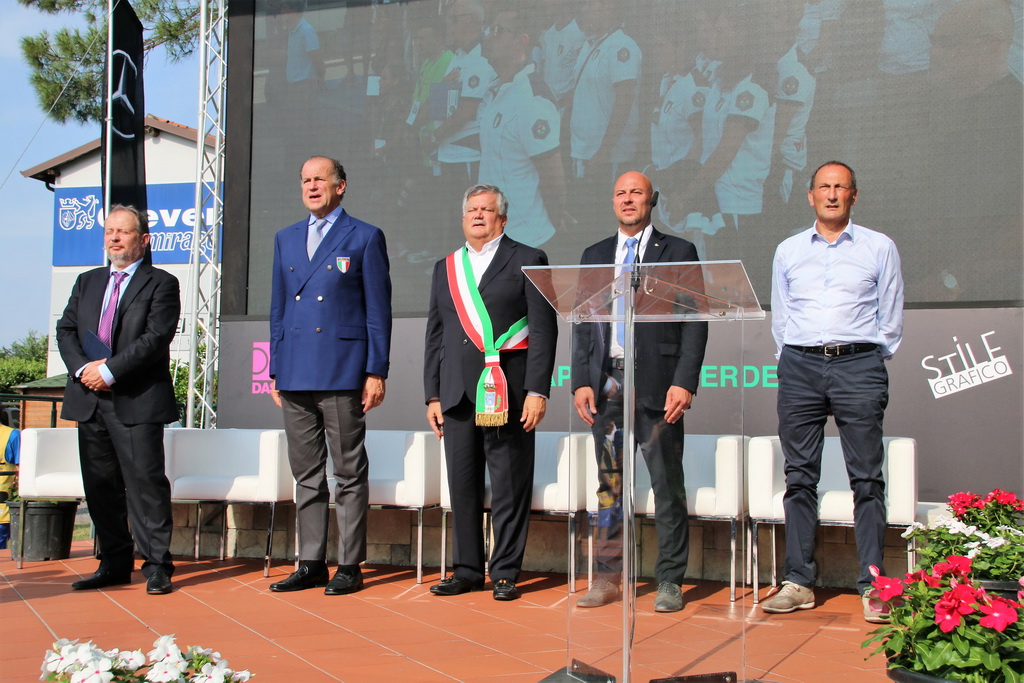 After last week’s rain the weather showed its best side, sunshine and mild wind, +30 C in a shadow. It was a real Italian summer afternoon when the Opening Ceremony of the European Shotgun Championship started. It’s the 10th time in the history of the European shooting when Italy is hosting the continental Championship in shotgun.

The Opening Ceremony started with greeting of the President of Trap Concaverde and Organizing Committee, Mr. Ivan Carelle. He mentioned that 42 nations and 445 athletes will participate in the Championship.

“Just numbers are enough to understand the great value of the event”, he said.

In his greeting the Mayor of Lonato del Garda, Mr. Roberto Tardani told that after 2015 World Cup this year Lonato will host the European Shotgun Championship.

“We are so proud to host this important event in our city once again. The interest to this Olympic discipline, which traditionally has always given satisfaction to Italy, is increasing considerably. Thanks of the long experience of Trap Concaverde – since 1980 – and to its avant-garde facilities will also the year protagonist hosting the Italian Shooting Federation”, he told.

The greeting of the Italian Shooting Sport Federation (FITAV) was held by the President of Federation, Senator Luciano Rossi.

“The FITAV Board has indicated the well-known shooting club Trap Concaverde and Lonato del Garda as best organizing crew and venue to host the competition, and I’m sure that this choice as always done in the past, shall reveal to be the best one, offering all participants the best possible settings”, explained FITAV President Rossi the choice of the Championship place in his greeting.

The ESC President, Mr Vladimir Lisin declared the Championship opened. In his speech he thanked the Organizing Committee, the Italian Shooting Sport Federation, Municipality of Lonato del Garda and all the Participants.

“For many athletes this Championship has a special meaning. It is their last chance to evaluate the results of preparation to the Games of the XXXI Olympiad in Rio de Janeiro. I wish good luck to all the participants of the 2o16 European Championship Shotgun in Lonato”, finished his greeting Mr. Lisin.

The Opening Ceremony finished into the Airplane Aerobic performance. The team named We Fly Team is the only air patrol in the world with two on three disabled pilots.