The first day was the Russian Day 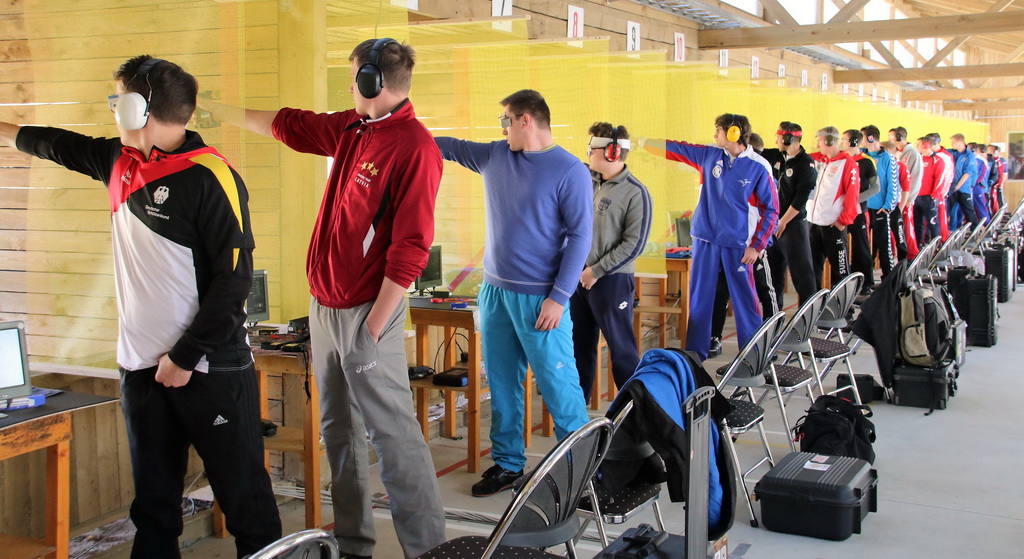 After yesterday´s Opening Ceremony it was time to start competing. The European Championship Junior Pistol and Rifle started today in an excellent Weather. The sun was nice, and wind did not blow nearly at all. The first event was 25m Pistol Men Junior.

This competition was totally a triumph of Alexander Petrov whose result was an Equal World Record 590! Petrov was superior while he beat the silver medallist French Nicolas Thiel (580) with 10 points. The winner of bronze medallist was Oskar Miliwek (578). Petrov shot for his Precision part 292 points and from the Rapid part 298 points.

“I’m 17 years old now, and I’ve been training for five years. My coach is my father. The competition was easy for me. I knew my goal and I did it. I knew that I can do and there weren’t any special exciting things”, explained Alexander. “My goals are in the future. I want to stand at least two times on the highest podium of Olympic Games – and I have excellent possibilities”, told the new gold medalist Petrov.

We can be sure that his career will continue successfully while he also wants to be a sport psychologist.

“It can be possible that I’ll earn my living from shooting sport in the future, coaching and perhaps I could be a sport psychologist”.

The winner of the team competition was the team of the Russian Federation with the result of 1719. It consisted of Alexander Petrov (590), Daniil Shikhov (572) and Egor Ismakov (557). The silver medallist team was France, who lost the gold medal with the difference of one point. Germany won bronze medal with result 1704.

More results can be found at the SIUS website.